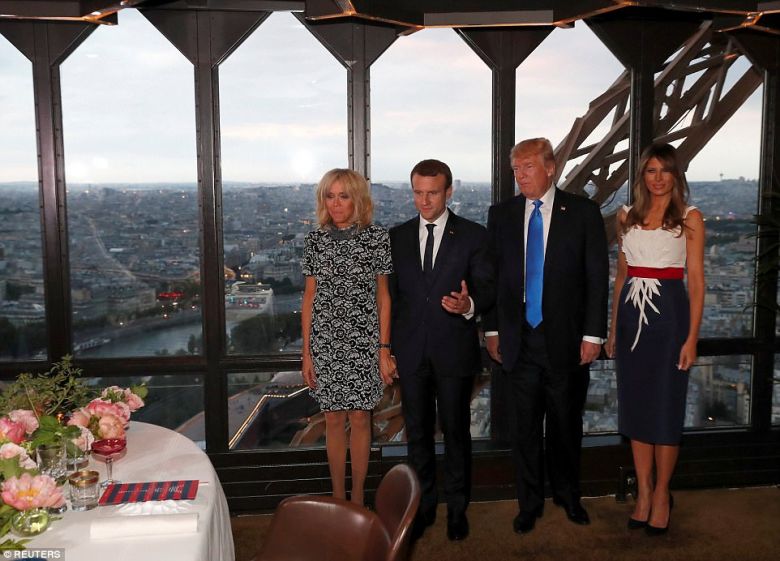 President Donald Trump and his wife, Melania, dined with French President Emmanuel Macron and his wife, Brigitte, at the fabled Eiffel Tower after a meeting on Thursday. Trump arrived in Paris earlier Thursday to visit with Macron celebrate Bastille Day, France's oldest military parade.Donald Trump seated himself next to Brigitte Macron, with whom he'd shared an uncomfortable handshake with earlier in the day that lingered on a little too long -and in which she appeared to be trying to get him to let go. He'd also told France's 64-year-old first lady in remarks that were caught on tape: 'You know, you're in such good shape.'
PrevNext
Your Comment
Signup
Log in