Home Gallery COUNTRIES WITH MOST POWERFUL NUCLEAR WEAPONS IN THE WORLD

COUNTRIES WITH MOST POWERFUL NUCLEAR WEAPONS IN THE WORLD 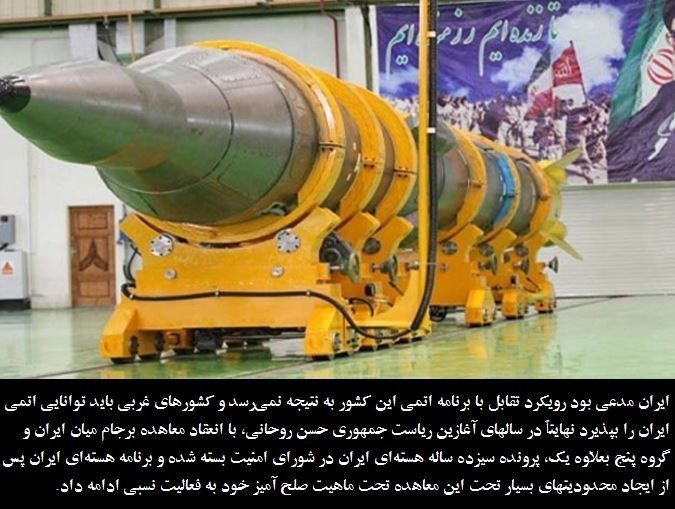 The nuclear program of Iran has included several research sites, two uranium mines, a research reactor, and uranium processing facilities that include three known uranium enrichment plants. In 1970, Iran ratified the Non-Proliferation Treaty (NPT), making its nuclear program subject to International Atomic Energy Agency (IAEA) verification. The program was launched in the 1950s with the help of the United States as part of the Atoms for Peace program. The participation of the United States and Western European governments in Iran's nuclear program continued until the 1979 Iranian Revolution that toppled the Shah of Iran. Following the 1979 Revolution, most of the international nuclear cooperation with Iran was cut off. In 1981, Iranian officials concluded that the country's nuclear development should continue. Negotiations took place with France in the late 1980s and with Argentina in the early 1990s, and agreements were reached. In the 1990s, Russia formed a joint research organization with Iran, providing Iran with Russian nuclear experts and technical information. In the 2000s, the revelation of Iran's clandestine uranium enrichment program raised concerns that it might be intended for non-peaceful uses. The IAEA launched an investigation in 2003 after an Iranian dissident group revealed undeclared nuclear activities carried out by Iran. In 2006, because of Iran's noncompliance with its NPT obligations, the United Nations Security Council demanded that Iran suspend its enrichment programs. In 2007, the United States National Intelligence Estimate (NIE) stated that Iran halted an alleged active nuclear weapons program in fall 2003.In November 2011, the IAEA reported credible evidence that Iran had been conducting experiments aimed at designing a nuclear bomb until 2003, and that research may have continued on a smaller scale after that time. Iran's first nuclear power plant, the Bushehr I reactor, was completed with major assistance from the Russian government agency Rosatom and officially opened on 12 September 2011. The Russian engineering contractor Atomenergoprom said the Bushehr Nuclear Power Plant would reach full capacity by the end of 2012. Iran has also announced that it is working on a new 360 MW nuclear power plant to be located in Darkhovin, and that it will seek more medium-sized nuclear power plants and uranium mines in the future.