Armed customs officers board Cristiano Ronaldo's yacht off of Ibiza 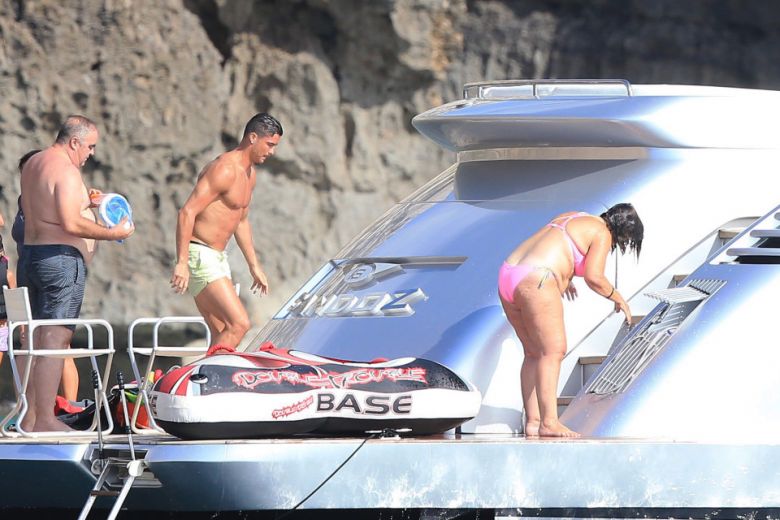 Armed customs officers are reported to have boarded Cristiano Ronaldo's holiday yacht as part of an inspection. The Real Madrid star is said to have been stopped at high sea after leaving a restaurant on the paradise island of Formentera near Ibiza. Ronaldo, 32, was reportedly on the yacht with girlfriend Georgina Rodriguez and friends and family when the officials approached the vessel on a large boat.The routine inspection is said to have lasted around an hour and a half. Spanish society magazine Hola, which broke the news , published pictures on its website of three officials boarding the yacht. Hola reported: 'A Customs camera filmed everything that happened during the inspection. 'One of Cristiano's relatives was the person who dealt with the administrative work and showed them the documentation they asked for. 'Ronaldo stayed very calm and at no time did he get up to speak to the officials or ask about what was happening.The Customs agents are understood to have left after discovering everything on board Cristiano's yacht, named as AYa London, was in order.
PrevNext
Your Comment
Signup
Log in