Home Gallery People on the beach of Caspian Sea, Mazandaran

People on the beach of Caspian Sea, Mazandaran 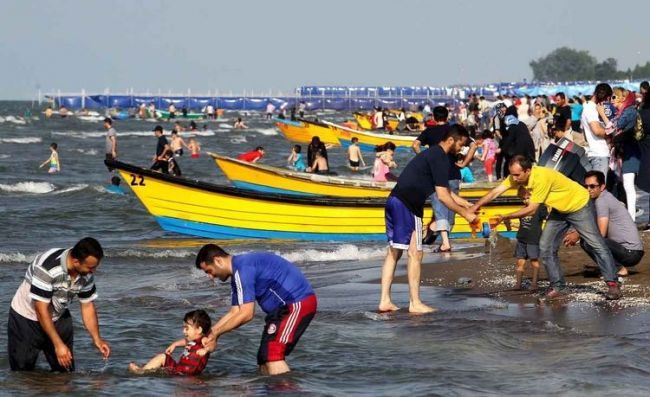 Mazandaran Province, is an Iranian province located along the southern coast of the Caspian Sea and in the adjacent Central Alborz mountain range, in central-northern Iran.Agriculture dominates the economy of the region; crops include rice, wheat, barley, tobacco, cotton, oilseeds, jute, tea, fruits, and vegetables. Agribusinesses, established under the agricultural reforms of the middle 1970s, undertook large-scale and mechanized farming. More than 247,000 acres (100,000 hectares) of land were developed for the production of rice. Major dams constructed were the Taleqan, Tangue Soleiman, and Voshmguir. The oil boom of the 1970s encouraged industrial investment and the development of major industries, including cement, textiles and cotton ginning, fisheries, food processing (including rice and flour mills), and wood processing. Coal is mined and stone is quarried.
PrevNext
Your Comment
Signup
Log in