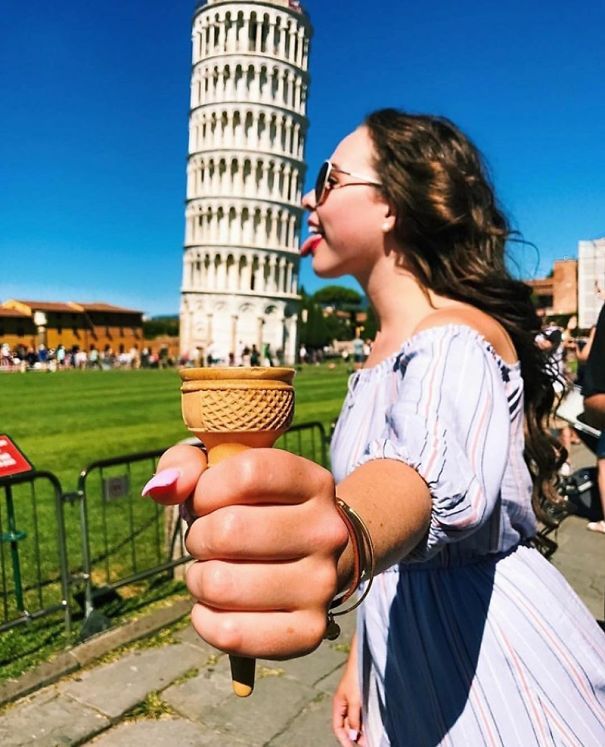 The Leaning Tower of Pisa is one of Italy's most iconic landmarks, and also one of the strangest sights in the world due to its unique tilt. Millions of tourists flock to see the torre each year, and their number-one goal is to use the power of forced perspective to take some seriously funny photos. Serving as the belfry of the adjacent Pisa Cathedral, the Leaning Tower was doomed almost from the very beginning. Its foundations were laid on unstable soil, and even in the year 1178, builders could see that something was very wrong with it. However, construction continued, and the monument was finally completed in 1372. The tower was closed between 1990 and 2001, during which time soil was removed from underneath it, returning it to a safer degree of leaning. Check out some of the most hilarious and creative Pisa moments people have captured below.
PrevNext
Your Comment
Signup
Log in