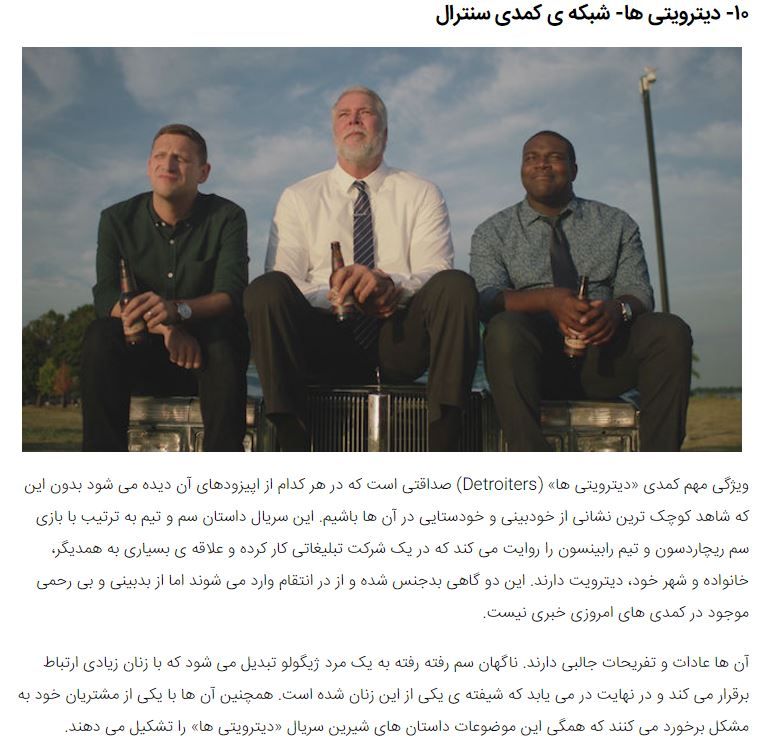 Detroiters
Network: Comedy Central
The key to Detroiters is its sincerity, which shines through almost every episode without any kind of smugness or self-congratulations. Sam Richardson (Veep) and Tim Robinson (Saturday Night Live) genuinely love each other, and their families, and their advertising company, and most of all their city. (It’s Detroit. Detroit, Michigan. That’s where they’re from.) The tone gets dark at times, and Tim and Sam occasionally act petty or vindictive, but there’s almost none of the cynicism and mean-spiritedness so often found in comedy today. When they’re making illicit purchases in a back alley at night with Tim’s sanity-challenged father, they’re not buying drugs, but fireworks. When Sam unintentionally becomes a gigolo, it takes him a while to realize it, and he’s convinced he’s in love with his only client. When they accidentally run over prospective client Jason Sudeikis, it gnaws at them until they inevitably let Sudeikis run them over as penance. Without this sweetness, Detroiters would probably still be funny, but it wouldn’t be as charming or as powerful. Garrett Martin.