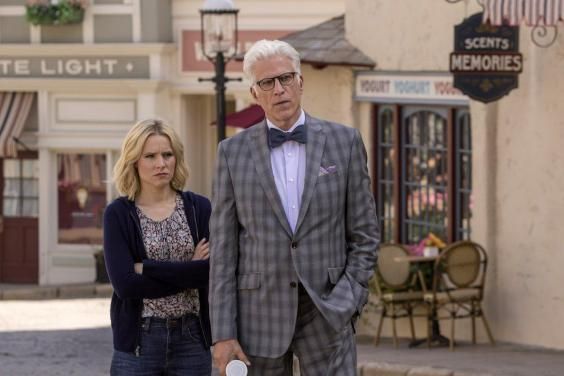 The Good Place
"The Good Place" stars Kristen Bell and Ted Danson.Ron Batzdorff/NBC.The quirky NBC comedy starring Kristen Bell and Ted Danson is one of the most ambitious shows of the TV season, and probably one of the most ambitious network shows ever. The delightful comedy set in the after life premiered in  2016, but ended its 13-episode order in 2017 with a shocking twist. It will be back for season two this fall. Where to watch: Hulu, NBC.com