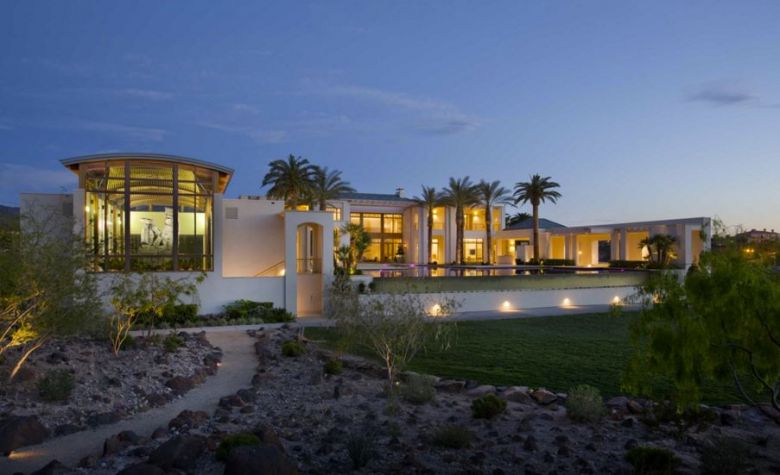 Here are pics of Ebay Billionaire founder Pierre Omidyar’s ($8.9 billion net worth) Nevada mega estate. Located at 1299 Via Tivoli in Henderson, NV the compound features between 50,000 and 77,000 square feet of living space with 33 bedrooms and 25 bathrooms.Pierre Morad Omidyar born June 21, 1967 is a French-born Iranian-American entrepreneur and philanthropist. He is the founder of the eBay auction site where he served as chairman from 1998 to 2015.He became a billionaire at the age of 31 with eBay's 1998 initial public offering.Omidyar and his wife Pamela are well-known philanthropists who founded Omidyar Network in 2004 in order to expand their efforts beyond non-profits to include for-profits and public policy.
PrevNext