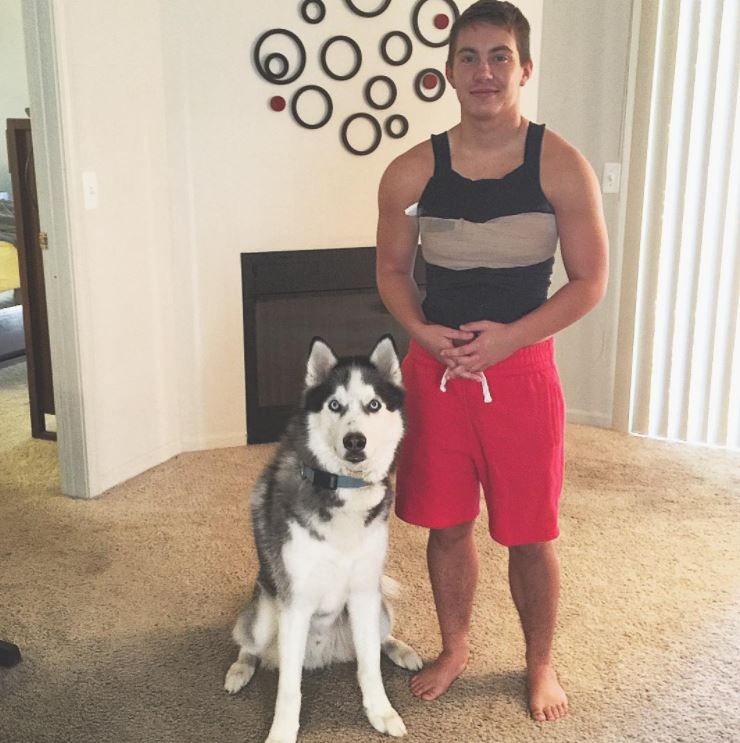 If you walked past Jaimie Wilson on the street, you’d probably take him for an all-American heartthrob; muscular build, deep blue eyes, and casual scruff. You would probably never guess that he’s one of approximately 1.4 million transgender adults living in the US today. In 2015, Jaimie made the brave decision to start transitioning from female to male, shocking and alienating most of his friends and family. “At first I was scared to come out as transgender because I didn’t give any ‘signs,’ as people say,” he writes on Instagram, where he now enjoys over 300 thousand followers. After 2 years of testosterone treatment, surgery, and hard work at the gym, 21-year-old Jaimie has sculpted himself into the man he’s always been at heart. Though his progress is astonishing, the people from his previous life who chastised him for being ‘too feminine’ to become a man have now been replaced by his fellow members of the transgender community, many of whom, ironically, criticize him for being ‘too masculine.’ “People say that I’m trying too hard to be like a cisgendered male,” he told Cosmopolitan in a March 2017 interview.
PrevNext
Your Comment
Signup
Log in