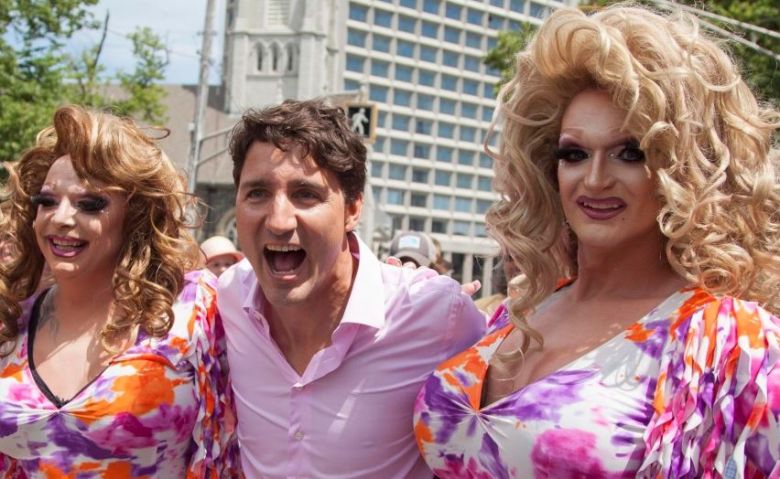 Throngs of people lined the streets of downtown Halifax Saturday to see a sitting prime minister walk in the city's Pride parade for the first time. The rainbow-clad crowd erupted in cheers as Justin Trudeau marched in the procession with his family at his side. Trudeau was dressed casually in a pink shirt and white pants, while wife Sophie Gregoire Trudeau wore a wide-brimmed hat to shade herself from the sun. The prime minister waved and yelled "Happy Pride!" to thousands of people along the parade route, stopping periodically to take selfies as members of the crowd called out his name.