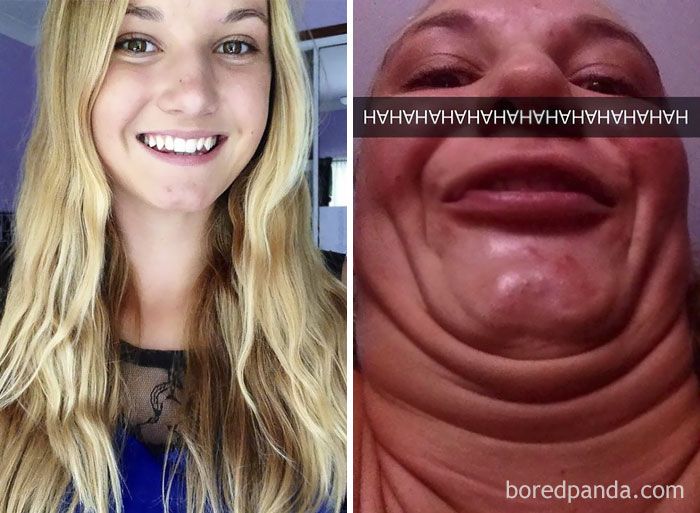 Looking at the selfies most girls post on Instagram, it's easy to get the impression that they just look flawless all the time. Those very girls, however, have started the glorious trend of posting the ugliest photos they could possibly produce, and it's making us all feel extremely validated. It all started with a Tumblr blog called Pretty Girls Making Ugly Faces, which went online back in 2011. This spawned a subreddit (PrettyGirlsUglyFaces) which now has over 45 thousand subscribers, and receives daily uploads from users. And yes, before anyone says it, men are also included and invited to participate in the fad - though there is a separate Handsome Guys Ugly Faces thread! The aim of Ugly Faces is not just to provide side-splitting laughter, but also to show the world that even the most picture-perfect people on the Internet are still just people, and that nobody looks on-point all the time.
PrevNext
Your Comment
Signup
Log in