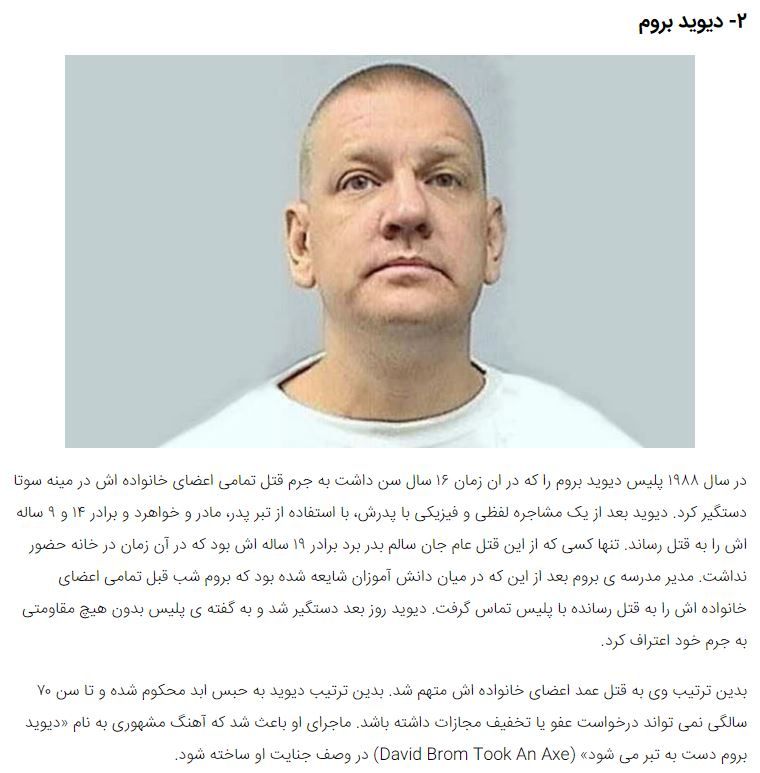 In 1988, the police arrested David Brom, then 16 years old, for killing his whole family in Minnesota. After a fight with his father, Bernard Brom, the boy used an axe to kill him, his mother Paulette, and his siblings Diane (14) and Rick (9). The only person who wasn’t killed was Joe (19), who wasn’t living at the house. The person who called the police was the administrator of Brom’s school after they heard a rumor among the students that the boy killed his family the night before. Brom was arrested the day after and according to the police, he didn’t resist, wasn’t confused and didn’t question why he was being arrested. The boy was charged with the first-degree murder of his family. Brom got a lifetime sentence and he can ask a parole when he is 70 years old. The song “David Brom Took An Axe” is about the case.