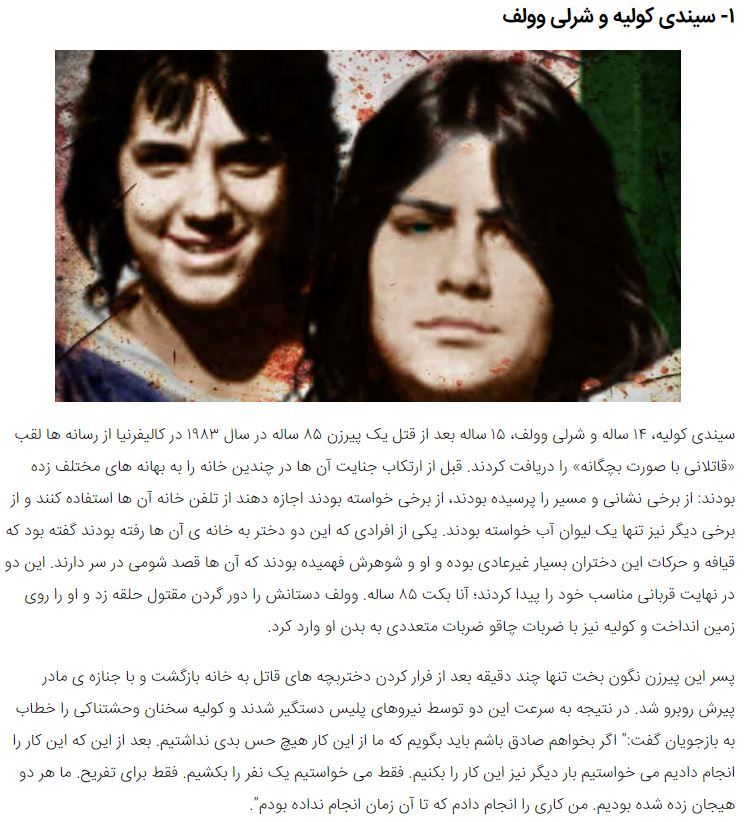 The media often referred to Cindy Collier (14) and Shirley Wolf (15) as “ baby-faced killers.” In 1983, their name made the headlines after they killed an 85-year-old woman in California.Before committing the crime, they knocked on several doors with different excuses: asking for directions, to use the phone, or asking for a glass of water. A witness said that he and his wife felt very uncomfortable with the girls’ presence and felt something was wrong with them. But they found Anna Brackett, 85, to be their perfect victim. Wolf strangled the victim and threw her on the floor and Collier stabbed her to death. Brackett’s son found her body just a few minutes after the girls ran away.The policed soon found the girls and in her confession Collier said: “To honestly tell you the truth, we didn’t feel any badness. Then after we did it, we wanted to do another one. We just wanted to kill someone. Just for fun.We both felt excited. I had done something I had never done before.”