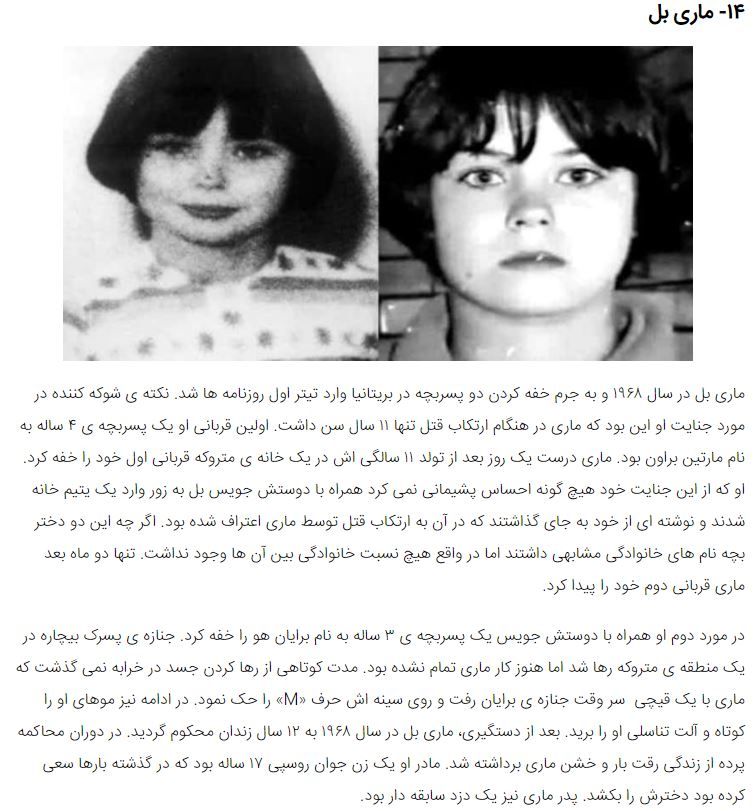 Mary Bell made the headlines in 1968 when she was accused of strangling two young boys in the United Kingdom. The most shocking detail was that she committed the crime when she was 11 years old. Her first victim was Martin Brown,a 4-year-old boy. Just a day after her birthday, Bell strangled the boy in an abandoned house. Showing no regrets, she and a friend, Joyce Bell, broke into a nursery and left notes saying that Mary committed the crime. Despite having the same surname, the girls were not related. Only two months later, Bell found her second victim. Together with Joyce, she strangled the 3-year-old Brian Howe. The body was left in a wasteland, but Mary Bell was not finished. She returned later with scissors, carved an “M” on his chest, cut his hair and his penis. In 1968, Mary Bell was sentenced to 12 years in prison. During her trial, the press brought out the troubled family life of the girl: her mother was a 17-year-old prostitute, who tried to kill the girl in the past and the father was a thief.