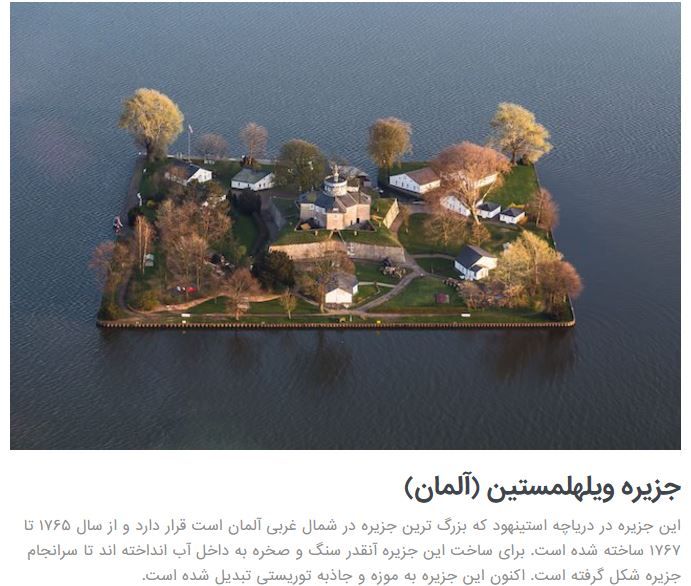 Wilhemstein is found on Lake Steinhude, which is the largest lake in northwestern Germany. Its construction was ordered by William, Count of Schaumburg-Lippe, and it was built between 1765 and 1767. Fisherman would take rocks over in their boatsand then drop them in the water until the island was formed. The island is 134,548 square feet and was originally designed to be a fortified hideaway for the Count. Today it is a museum and a tourist attraction.