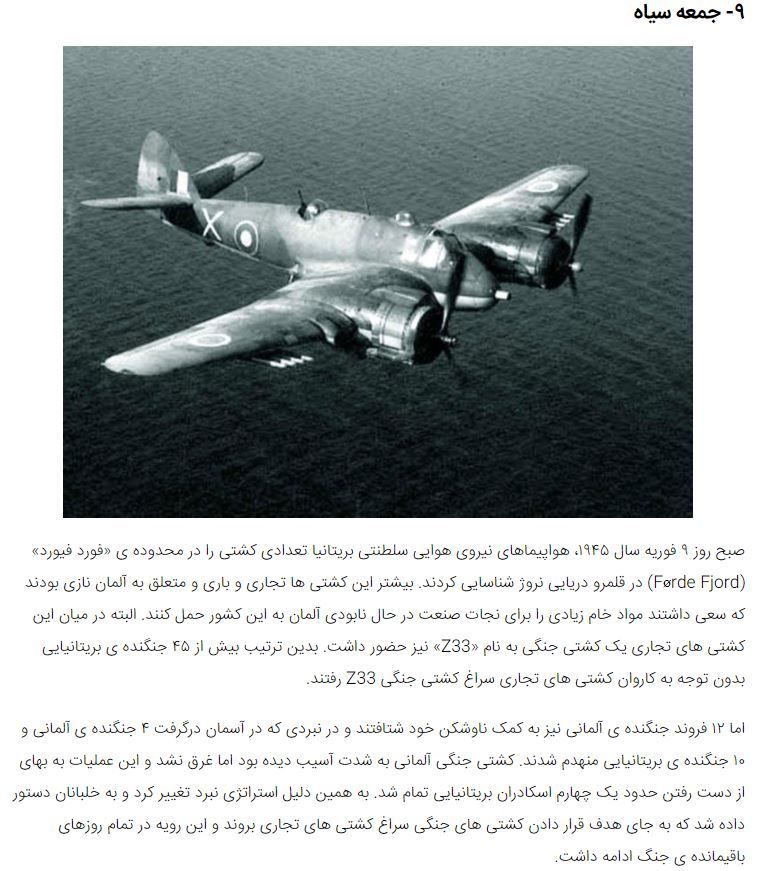 On the morning of February 9, 1945, British Royal Air Force aircraft spotted a number of ships in and around Førde Fjord, Norway. Most of the ships were German cargo ships, filled with raw materials vital for the struggling German war industry. One, however, was a German destroyer, the Z33. In accordance with Costal Command orders, a force of approximately 45 British Beaufighters and Mustangs swooped down on the Z33, ignoring the cargo ships. In the air over the fjord, 12 Fw 190s came to the defense of the Z33. By the end of the day the Germans had lost four planes, while the British had lost 10 — almost a quarter of their force. Their target was damaged, but would survive. After the loss of so many aircraft and pilots for little gain, Coastal Command changed its standing orders. Cargo vessels were prioritized over warships for the remainder of the war.
PrevNext
Your Comment
Signup
Log in