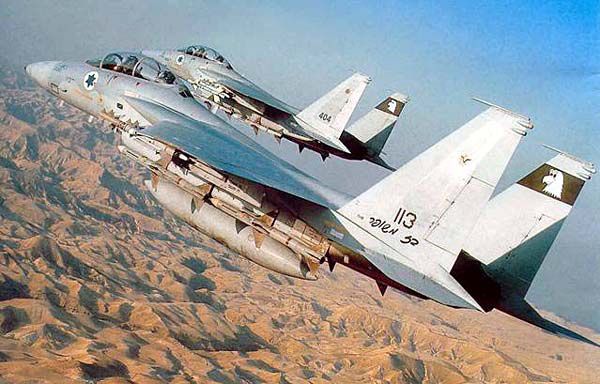 On June 6, 1982, Israel invaded Lebanon to establish a defense zone against the Lebanon based Palestine Liberation Organization. Their advance stalled on the 7th, blocked by a Lebanese division in Ein Zahalta. To regain momentum Israel needed to launch air strikes, but they risked high casualties due to the presence of Syrian surface-to-air (SAM) missiles in the Bekaa Valley. To counter the SAM batteries, Israel tricked the Syrians into revealing their positions by using drones as decoy targets. With the batteries located, F-15 and F-16 fighters began swooping in to pick them off. In response, Syrian commanders scrambled over 100 Mig-23s and Su-20s to stop the attack. Though outnumbered, Israel successfully jammed Syrian radio communication while maintaining its own radio network. This let Israel successfully coordinate their response to the Syrian fighters. By the end of the two and a half hour operation, 29 Syrian fighters had been shot down and only two SAM batteries were still in operation. Israel had not lost a single plane. With Bekaa Valley neutralized, the Israeli Air Force savaged Lebanese forces in Ein Zahalta. Lebanon and Syria would agree to a ceasefire by 6:00 AM on June 10. Israel would retain its buffer zone until 2000.