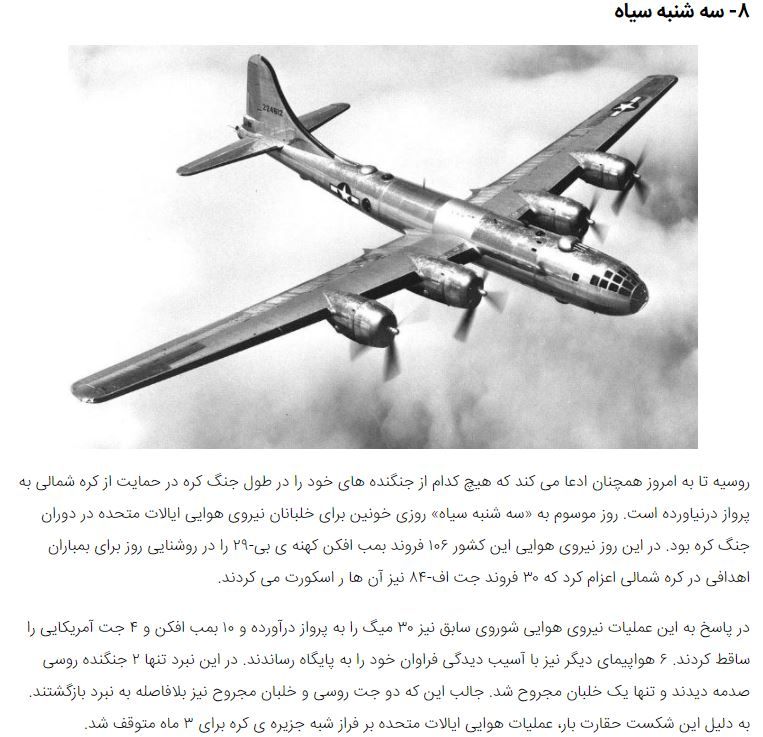 Russia maintains to this day that it never sent any of its aircraft into Korea during the Korean War. In spite of this, the air over “MiG Alley” was full of MiG-15s being flown by Russians. One, First Lieutenant Semyon Jominich, is credited as having scored history’s first jet-on-jet shoot down.Black Tuesday was a particularly bloody day for American pilots in Korea. On that day the United States put 106 aging B-29s in the air on a daylight mission to bomb targets in North Korea. Escorting them were 30 F-84 Thunderjets. In response, the Russians launched 30 MiGs. The Soviets outperformed their American opponents, shooting down 10 B-29s and four Thunderjets. Six more aircraft returned to base too badly damaged to be repaired. Only two Russian planes were damaged, and only one pilot was injured. Both Soviet planes and the pilot would all return to combat quickly. In the wake of this disaster, American bombing raids were halted for three months.