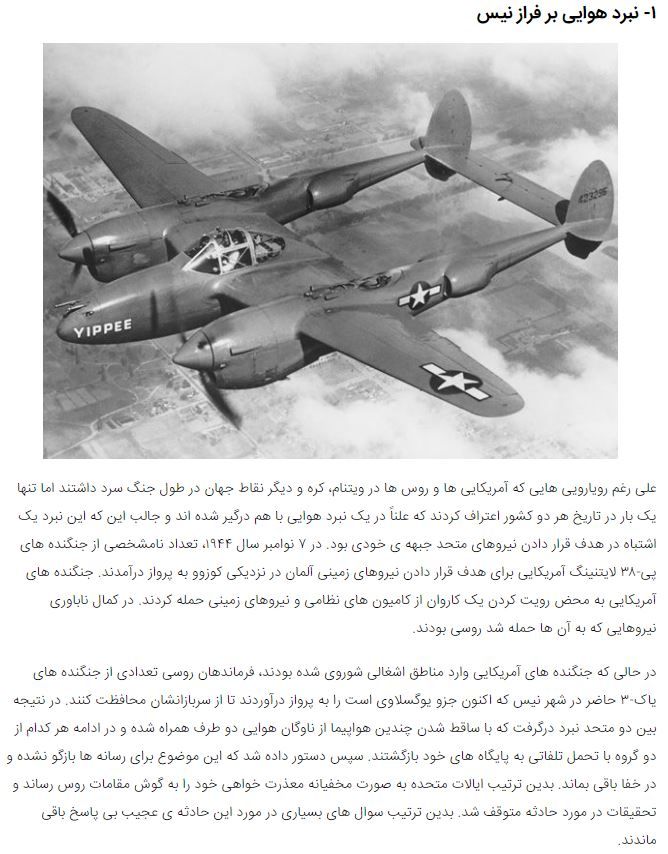 The Air Battle Over Nis

In spite of Korea, Vietnam or any other number of incidents during the Cold War, there’s only one time in history that both the United States and the Soviet Union admit to having fought one another in the skies. Horribly, it was a case of friendly fire. Curiously, we know almost nothing about it. On  November 7, 1944, an unknown number of U.S. P-38 Lightnings took off on a mission to attack German ground troops near Kosovo. Upon spotting a column of vehicles and marching troops, the Lightnings attacked. Unfortunately, the troops on the ground were Russian. The Lightnings were 250 miles off course in Serbia. Soviet commanders rushed Yak-3 fighters from Nis into the air to protect their soldiers. The two sides collided, aircraft were downed and both sides turned back to base with diminished numbers.