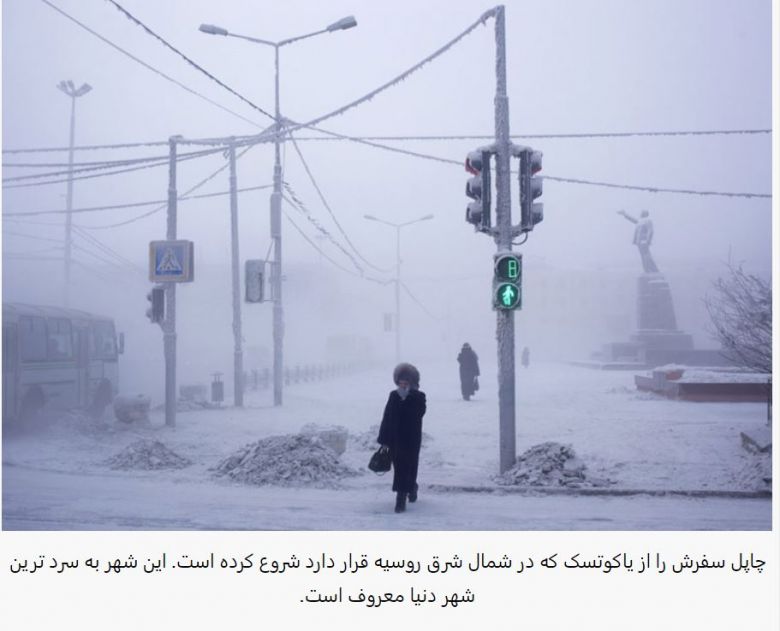 People in Oymyakon, Russia face frigid temperatures like no other place on Earth. Located just a few hundred miles from the Arctic Circle, Oymyakon is the world’s coldest permanently settled area, nestled deep in the Russian tundra.New Zealand photographer Amos Chapple recently made an expedition to the region to document the daily life of its inhabitants. Chapple found that the residents of Yakutsk, the nearest city in the region, were surprisingly wealthy and described the city as cosmopolitan. The affluence comes from the plentiful resources around Yakutsk including oil, gas, and diamonds. But is it worth it? The photos below document the obstacles of life in such bitter conditions (the average January temperature is a bitter -34 °Fahrenheit) as well as the strength and determination of the people who live there.On a day of -63 °F, a woman covers her face with her mitten to protect it from the dangerous cold. In the background a statue of former Vladimir Lenin can be seen.