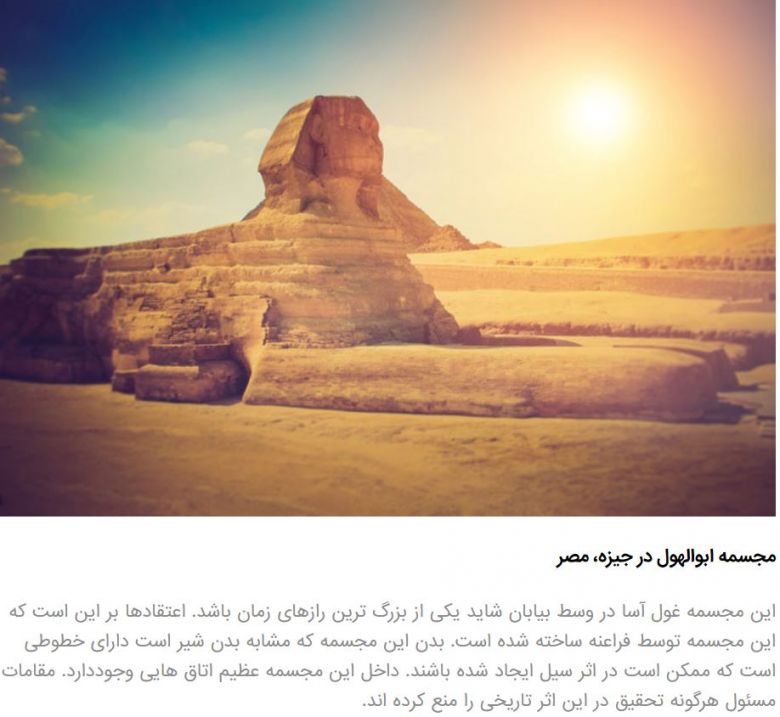 The Great Sphinx of Giza

The Great Sphinx of Giza is the largest, the oldest and probably the most famous monumental statues in the world and an iconic symbol of Ancient Egypt. It is a massive seventy-three and a half meters (two hundred and forty-one feet)long and twenty meters (sixty-six feet) high. It takes the form of a couchant lion with the head of a man wearing the Nemes headdress of a pharaoh (although some have argued that it originally had the head of a lion and was later recarved). However, there are numerous debates about its meaning, its age and the name of the pharaoh that built it.