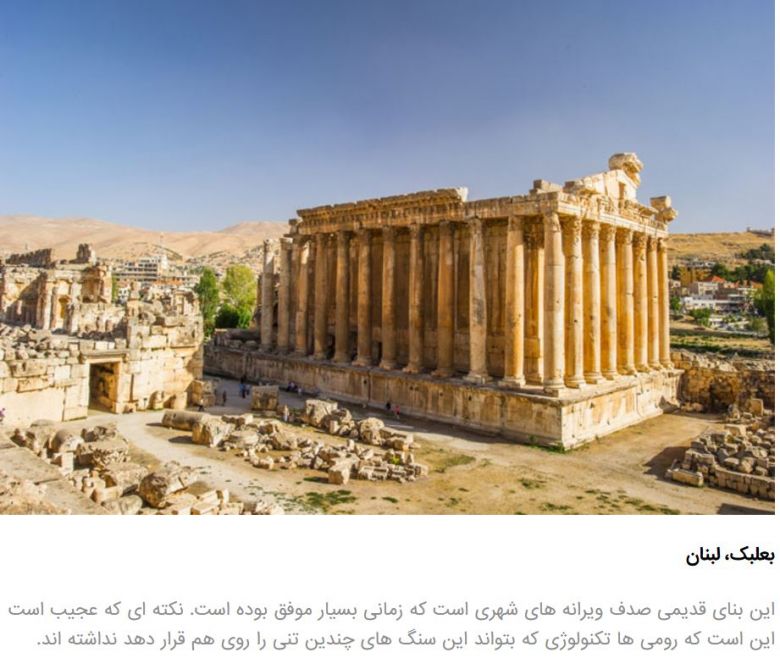 The Mysterious Stones of Baalbek

The largest Roman temple ever constructed stands in ruins not in Greece or Rome, but in Baalbek, Lebanon. The temple was destroyed under Byzantine Emperor Theodosius but 6 of its original 54 columns still stand. Despite their beauty, the ruins at Baalbek have rarely been visited during recent decades due to war, but luckily this majestic archeological site has escaped harm. No one knows what made this site so special to the Romans, prompting them to quarry, move and assemble so many stone blocks.