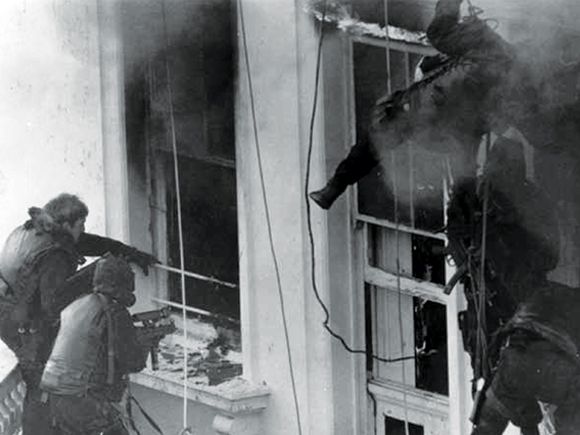 The Iranian Embassy siege took place from 30 April to 5 May 1980, after a group of six armed men stormed the Iranian embassy in South Kensington, London. The gunmen, members of an Iranian Arab group campaigning for Arab national sovereignty in the southern Iranian region of Khuzestan Province, took 26 people hostage—mostly embassy staff, but also several visitors as well as a police officer who had been guarding the embassy. They demanded the release of Arab prisoners from prisons in Khuzestan and their own safe passage out of the United Kingdom.Margaret Thatcher's government quickly resolved that safe passage would not be granted, and a siege ensued. Over the following days, police negotiators secured the release of five hostages in exchange for minor concessions, such as the broadcasting of the hostage-takers' demands on British television.
PrevNext
Your Comment
Signup
Log in