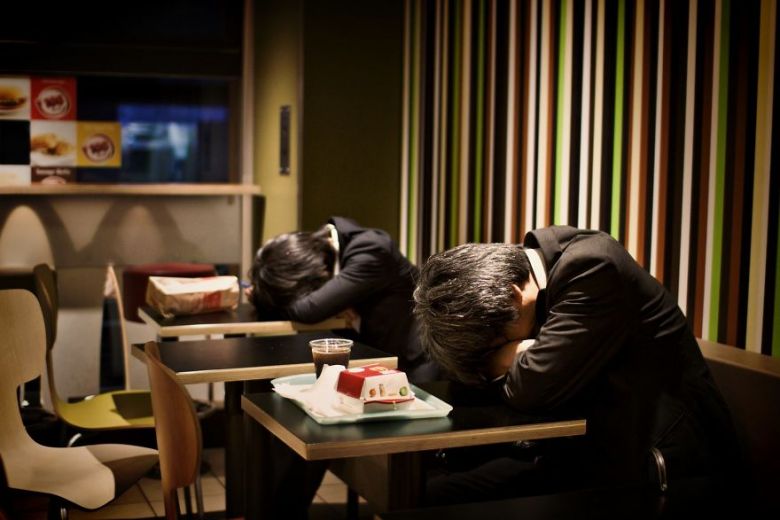 My name is David Tesinsky. When I was visiting Japan I made series of images inspired by Japanese businessmen. I named it after my favorite band's song: Kraftwerk: "The Man-Machine". I found it fitting because the Japanese businessmen are a lot like the robots. For years they would go out drinking with colleagues and clients, returning home drunk at 2 am before rising at dawn to head back to the office. Sometimes they just sleep in the streets because they cannot afford a taxi as they are only the sheep of the huge corporates. They work daily 14 hours or even more.They are walking in the streets like ghosts self centered deeply focused at their own career that isn't very bright but their visions are different. "Only 5 more years and I will get to the higher position in this neverending pyramid".
PrevNext
Your Comment
Signup
Log in