Home Gallery Most expensive divorce settlements of all time

Most expensive divorce settlements of all time 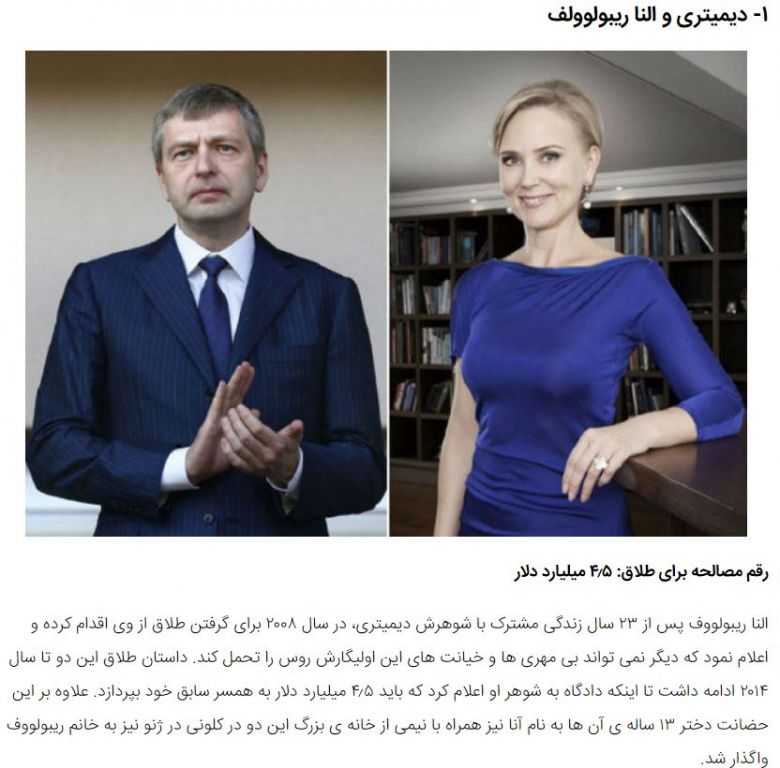 Dmitry and Elena Rybolovlev
Estimated settlement: $4.5 billion
After 23 years of marriage, Elena Rybolovlev filed for divorce in 2008 saying she could no longer take the Russian oligarch’s infidelities. The divorce dragged on until 2014 when a Geneva court ordered the AS Monaco owner to make an award of $4.5bn to his ex-wife. Mrs Rybolovlev also won custody of the couple's 13-year-old daughter Anna, along with the billionaire’s half of their former home in Cologny, an upmarket neighbourhood of Geneva.