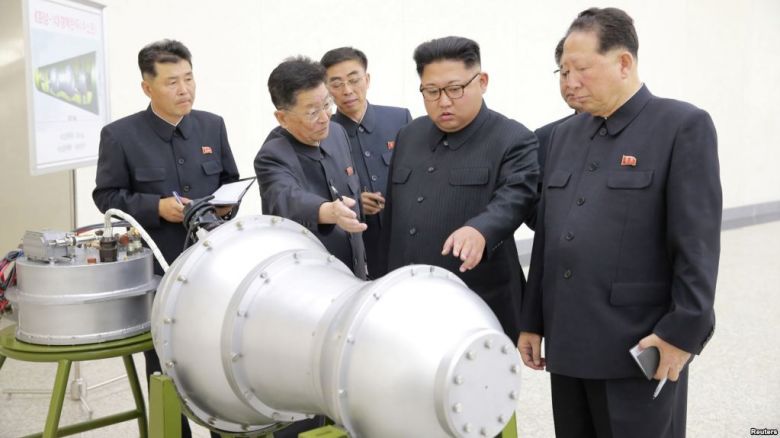 North Korea's nuclear development activities, which began in 1965, have long been the source of UN sanctions and threats of nuclear war between the US and North Korea.To launch a nuclear attack, such as the one on Hiroshima, North Korea would need to produce nuclear devices small enough to fit on its missiles, and as of 2017,  experts believed it is likely to take years for Pyongyang to indigenously perfect such miniature technology.The US has also deployed six Terminal High-Altitude Area Defence (THAAD) batteries in South Korea, which could intercept and destroy ballistic missiles fired from North Korea or China.US officials put the North Korean arsenal at up to 60 nuclear weapons, whereas most assessments by independent experts estimate around 30.Analysts estimated that North Korea might have produced up to 20 nuclear bombs by the end of 2016, although the true nuclear capability of the isolated and secretive state could not be verified.
PrevNext
Your Comment
Signup
Log in