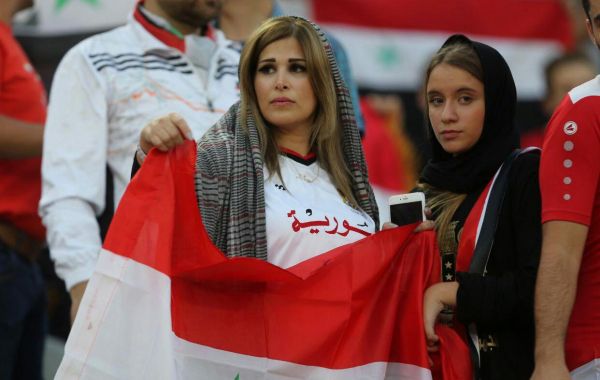 Iranian female football fans were left disappointed after a ticketing ‘technical glitch’ gave them hope that they could attend this week’s men’s Fifa World Cup qualifier. Authorities in the country later blamed the technology for allowing any women’s tickets becoming available for today’s (Tuesday) match against Syria. Iran has long banned women from attending men’s football games, swimming and wrestling, and they are only allowed into segregated sections in stadiums to watch men play other sports including volleyball, basketball, basketball, handball and tennis. Many women who assumed the ban had been lifted when the option appeared online bought up the tickets for the match at Tehran’s Azadi stadium, only for the Iranian football federation to say they were sold by mistake. Several women who were outwardly elated with the opportunity to experience international football voiced their joy, with one woman saying she bought one even though she did not like football. Zahra Jafarzadeh told reformist Shahrvand newspaper, according to the BBC: “I felt that if I didn’t sign up, I would be missing a major event.” Others took to Twitter to express their shock and joy at the apparent lifting of the ban. Iran’s football federation later released a statement citing a “technical glitch” and highlighting that there was “no plan to allow the presence of women in Azadi stadium for the Iran-Syria match.” It added that all tickets bought by women would be cancelled and refunded.