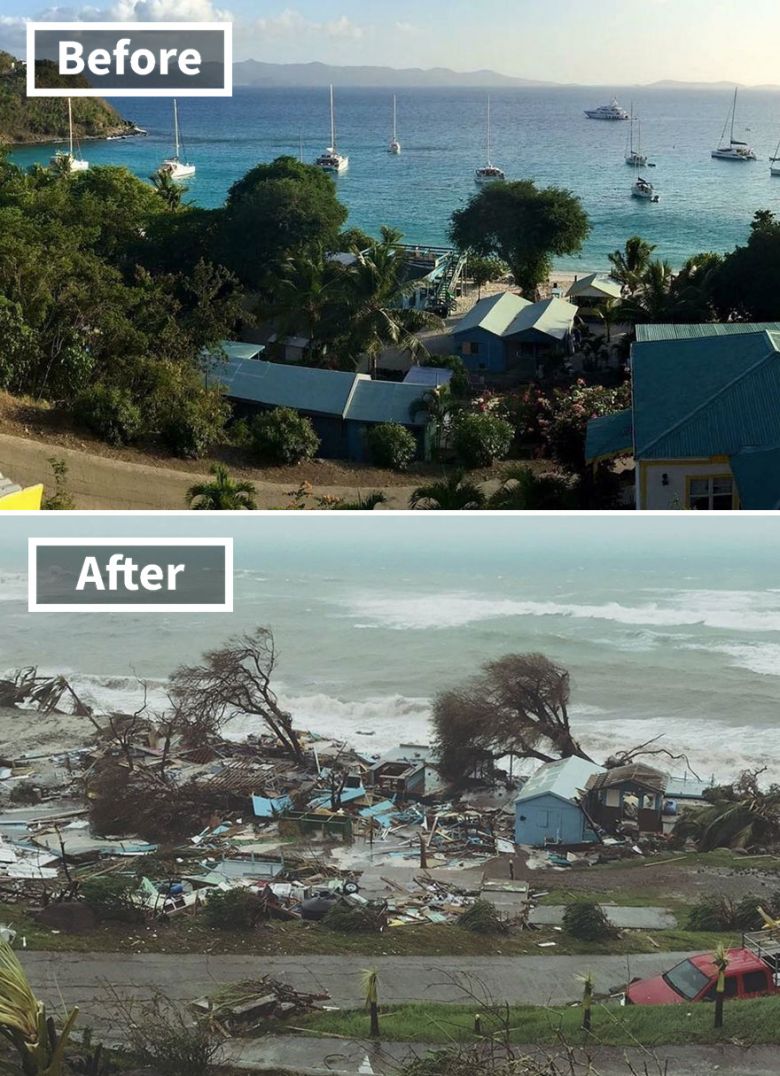 Hurricane Irma is already larger, stronger, and potentially more fatal than Harvey - and it's not over yet. Irma has sent the Caribbean and several southern States into crisis mode after reportedly destroying '95 percent' of Saint-Martin, Barbuda, and the British Virgin Islands. Millions of people have been left stranded and homeless with no access to water, electricity or phone service, and at least 10 are dead. The Bahamas and Cuba are bracing for a similarly devastating impact, as is the State of Florida, which is currently being completely evacuated. Scroll down to see chilling photos of the damage caused by the harrowing storm so far, and if you are in an area at risk of being affected, heed all warnings by relevant authorities and make your way to a safe place.
PrevNext
Your Comment
Signup
Log in