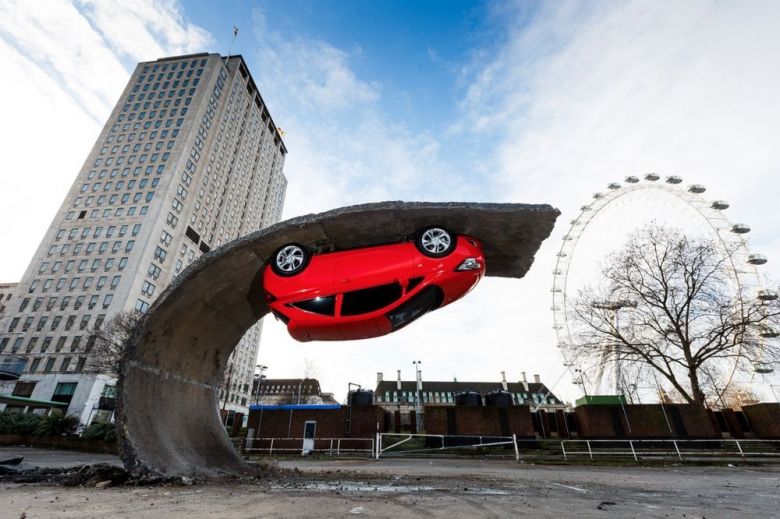 A historic building in London’s Covent Garden, violently slashed through the middle, floats mysteriously in the air with no apparent support underneath the entirely dislocated upper half. A terraced house in Margate has its entire redbrick front slipped away from its frame and lies slumped in its own front garden. A red Vauxhall Corsa hangs upside down with the tarmac peeled back from the pavement and curled over. Welcome to the magical world of Alex Chinneck, a British artist known for his large-scale, mind-bending architectural illusions.
PrevNext
Your Comment
Signup
Log in