2,500 year celebration of the Persian Empire 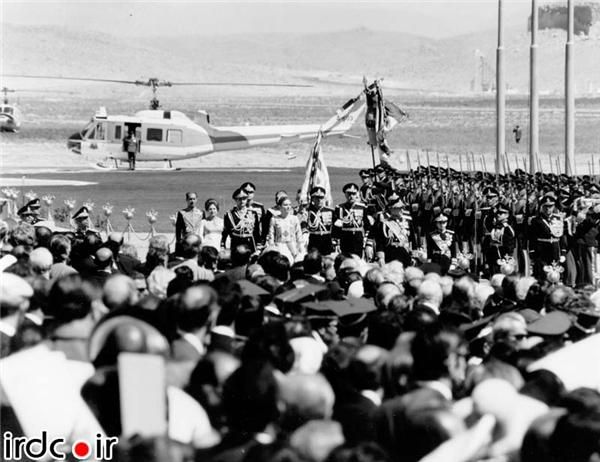 The 2,500 year celebration of the Persian Empire, officially known as The 2,500th year of Foundation of Imperial State of Iran , consisted of an elaborate set of festivities that took place on 12–16 October 1971 on the occasion of the 2,500th anniversary of the founding of the Imperial State of Iran and First Persian Empire by Cyrus the Great. The intent of the celebration was to demonstrate Iran's old civilization and history to showcase its contemporary advancements under Mohammad Reza Pahlavi, the last Shah of Iran.The planning for the party took a year, according to the 2016 BBC Storyville documentary Decadence and Downfall: The Shah of Iran's Ultimate Party, which interviewed the people tasked by the Shah to organize the party. The Cyrus Cylinder served in the official logo as the symbol for the event. With the decision to hold the main event at the ancient city Persepolis near Shiraz, the local infrastructure had to be improved including the Shiraz airport and a highway to Persepolis. While the press and supporting staff would be housed in Shiraz, the main festivities were planned for Persepolis that for this occasion would be the site of an elaborate tent city. The area around Persepolis was cleared of snakes and other vermin.Trees and flowers were planted and populated with 50,000 song birds imported from Europe. Other events were scheduled for Pasargadae, the site of the Tomb of Cyrus, as well as Tehran.
PrevNext
Your Comment
Signup
Log in