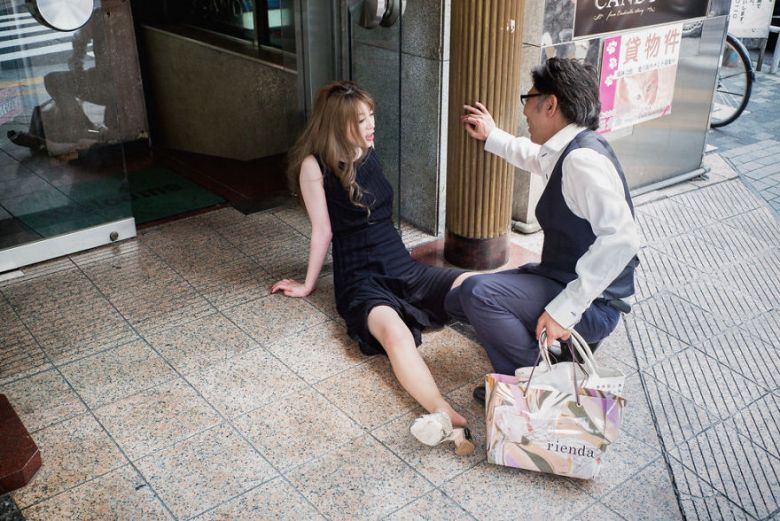 Japan might have one of the lowest crime rates in the world, and also the highest life expectancy, but as you can see from these shocking pictures of drunken excess, that doesn't mean that the Japanese don't know how to party...although maybe a little too much. The pictures were taken by Lee Chapman, a British photographer from Manchester and founder of the Tokyo Times who arrived in Tokyo in 1998 for "a year or two" and, well, never left. His revealing images shine a light on an element of life in Japan that few people people think about whenever they think of the country. We're used to pictures of colorful cosplayers and neon wonderlands, but these pictures of drunk people passed out in the streets in broad daylight or snoozing in potted plants introduce us to a different world entirely.
UPDATE: Although millions of people know how to drink responsibly, We Don't condone excessive drinking and encourages everybody to enjoy themselves in moderation. More info: Lee Chapman | Instagram