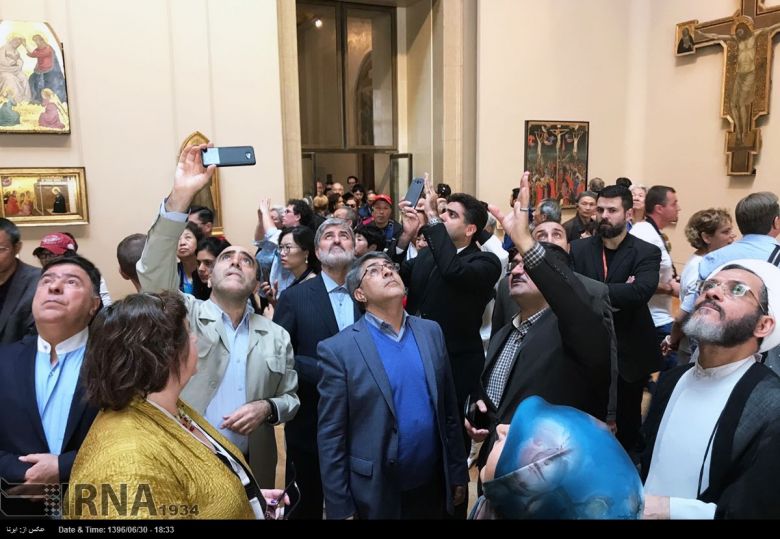 Ali Motahari is an Iranian conservative politician who represents Tehran, Rey, Shemiranat and Eslamshahr electoral district in the Parliament of Iran since 2008 and is current Second Deputy of the Parliament of Iran serving since 2016.Motahari is described as an orthodox politician with liberal conservative and moderate conservative views. He is the leader of the People's Voice Coalition. Motahari heads Sadra Publications and teaches at University of Tehran, where he gained a PhD in philosophy.