Ali Khamenei at the 1987 General Assembly 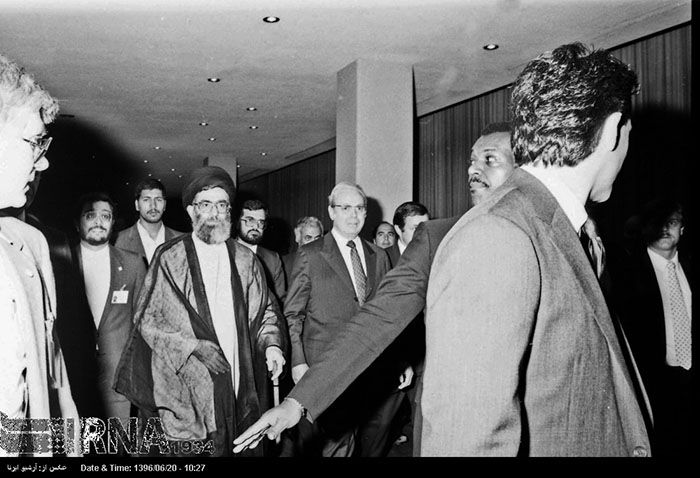 Khamenei’s attendance at the 1987 General Assembly marked the first visit by a senior Iranian official to the United Nations. Khamenei addressed fellow heads of state in the midst of the devastating Iran-Iraq war. Iraqi President Saddam Hussein’s military had invaded Iran in 1980 to overthrow the fledgling Islamic Republic. Iran was isolated and resented the U.N. Security Council’s apathy toward the war. Khamenei had an opportunity to present Iran’s case. On the day before Khamenei’s address, U.S. forces attacked the Iran-Ajr, an Iranian vessel caught dropping mines in the Persian Gulf. Five Iranians were killed and 26 crewmen were seized, four of whom were injured. Khamenei lashed out at the United States in his speech and claimed the Iran-Ajr was a merchant vessel, not a military speedboat. The incident derailed what might have been Tehran’s moment of engagement with the outside world.
PrevNext
Your Comment
Signup
Log in