Home Gallery Distribution of Free Food during the Ashura

Distribution of Free Food during the Ashura 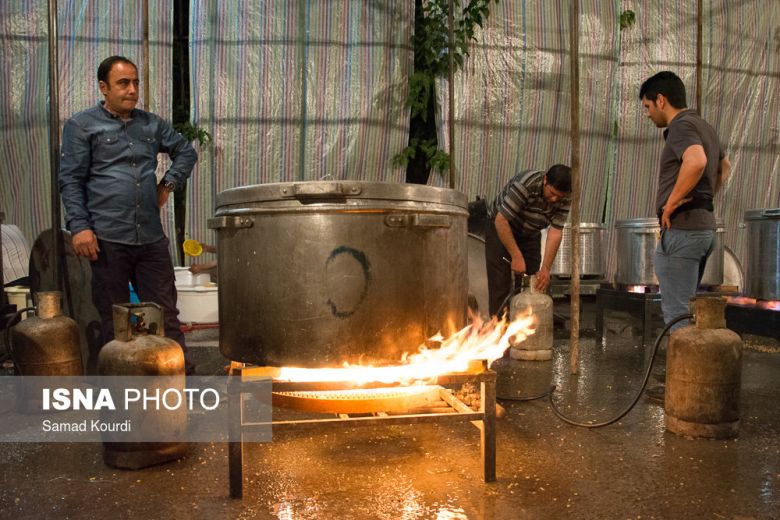 The Iranians used the tradition of “Nazr” (distributing free foods among the people) to cook Nazri (charity food) in Muharram and the Day of Ashura. This charity food or free food, is called Nazri. In fact, Iranians donate food and call it Nazr. The Nazri foods in Muharram are Iranian foods like Gheimeh, Ghorme Sabzi, Morgh, Kebab, Adas Polo, and many other local foods. But the main food or Nazri in Muharram is “Gheymeh” that is also called “Gheimeh Ashura” or “Gheymeh Nazri”. In Muharram and in Ashura days, you can see people who line up to get Nazri foods. They do it because Nazri foods are very delicious. Many irreligious people and those who are non-Muslim eat Nazri food in Ashura day, only because it’s very delicious. Some say: “The Ashura day is like a festival of food. Many are in the streets and enjoy foods and seeing each other’s in the streets. In fact, it’s like what has happened to the religious days in the US and other parts of the world.