Home Gallery Daughter Comes Out As Transgender, Then Three Years Later Father Decides To Come Out As Well

Daughter Comes Out As Transgender, Then Three Years Later Father Decides To Come Out As Well 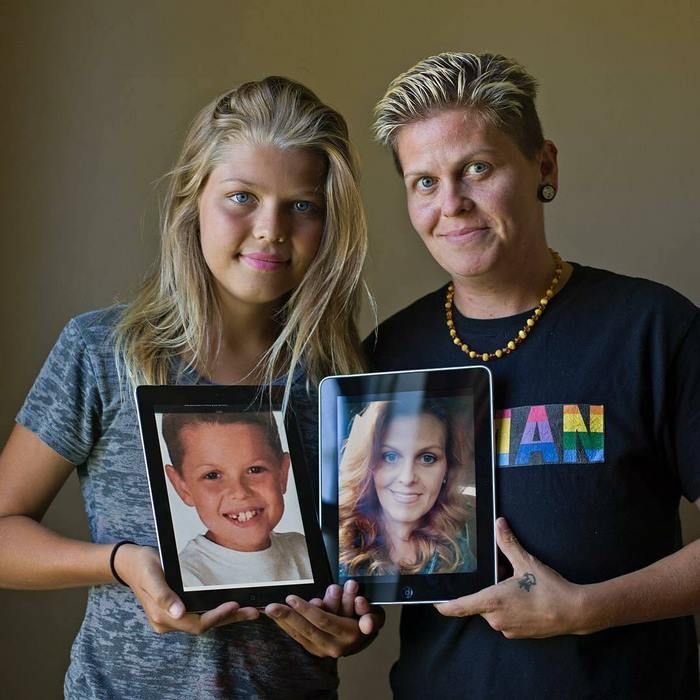 Corey Maison knew she wanted to be a girl when she was 11 years old, but was scared of disapproval from her parents. Little did she know that her mother, Erica, was coming to terms with a new gender identity of her own. Four years later, they’ve become a father-daughter duo that faces every step of their unique journey with strength and pride. Erica, now Eric, gained the courage to confront his lifelong desire to transition from female to male after watching Corey become the young woman she had always felt like inside. Just as Corey feared familial rejection at first, Eric feared what his husband and children would think. After a year of difficult conversations, testosterone therapy, and a double mastectomy, Eric feels better than ever, and has been embraced with open arms by his loving family. Back in January, Katie Couric featured Corey and Eric’s story as part of her Gender Revolution, a National Geographic special series. “They are moving in opposite directions but toward their true selves,” she wrote of their dynamic. More info: Instagram (h/t)