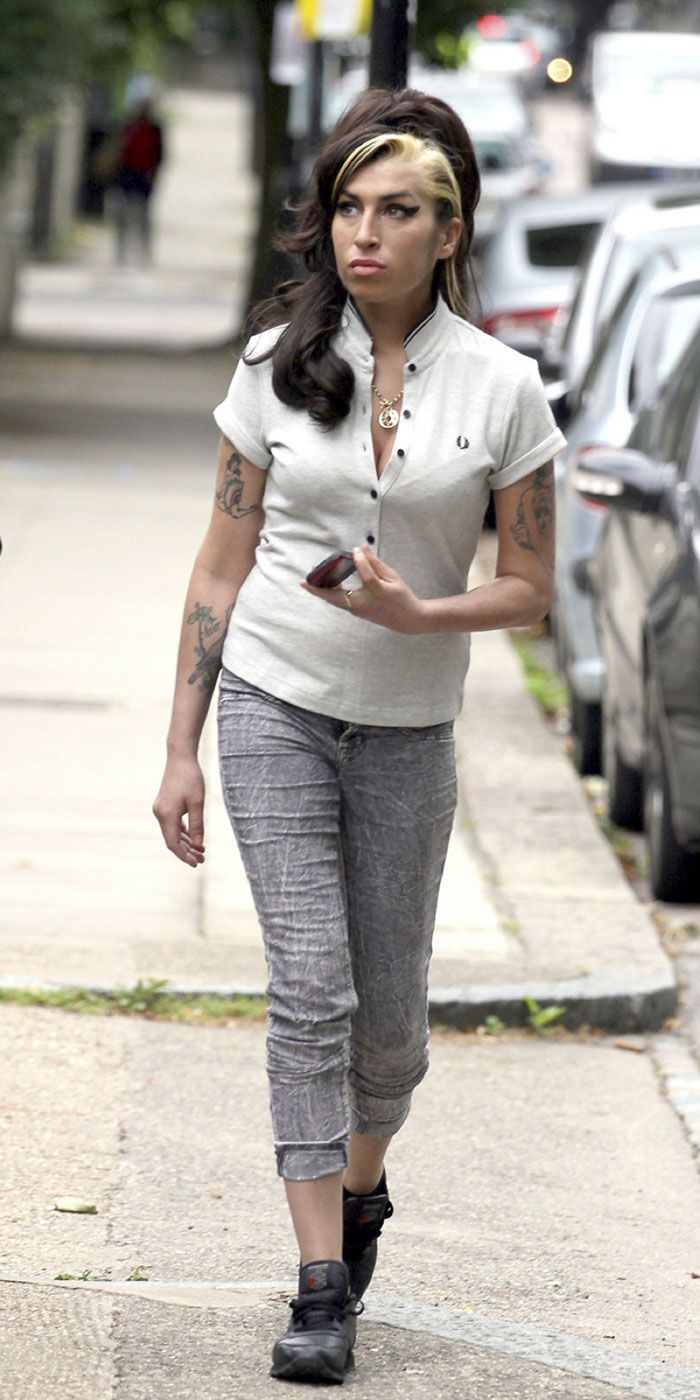 This photo of Amy Winehouse was taken in London on July 12th, 2011. She died at her home on July 23rd 2011, with the coroner's inquest reaching a verdict of accidental alcohol poisoning. Winehouse's blood alcohol content was more than five times the legal drink-drive limit, with the unintended consequences of such potentially fatal levels being her sudden death. Her brother, Alex Winehouse, revealed her battles with eating disorders. "She suffered from bulimia very badly. That's not, like, a revelation – you knew just by looking at her… She would have died eventually, the way she was going, but what really killed her was the bulimia… I think that it left her weaker and more susceptible. Had she not had an eating disorder, she would have been physically stronger."