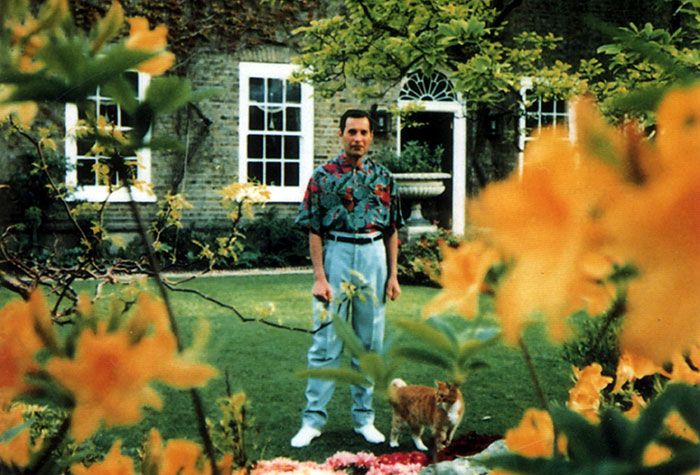 This is one of the last photos of the lead singer of Queen, taken in 1991. Until the very end, Freddie denied rumours about having AIDS, preferring to avoid the inevitable media circus and concentrate on his career as best he could. The day before his death he released the following statement : "Following the enormous conjecture in the press over the last two weeks, I wish to confirm that I have been tested HIV positive and have AIDS. I felt it correct to keep this information private to date to protect the privacy of those around me. However, the time has come now for my friends and fans around the world to know the truth and I hope that everyone will join with me, my doctors and all those worldwide in the fight against this terrible disease. My privacy has always been very special to me and I am famous for my lack of interviews. Please understand this policy will continue." Less than 24 hours later he died from bronchopneumonia, that was brought on by having AIDS.