The Most Powerful Images Of Women Protesters Of All Time 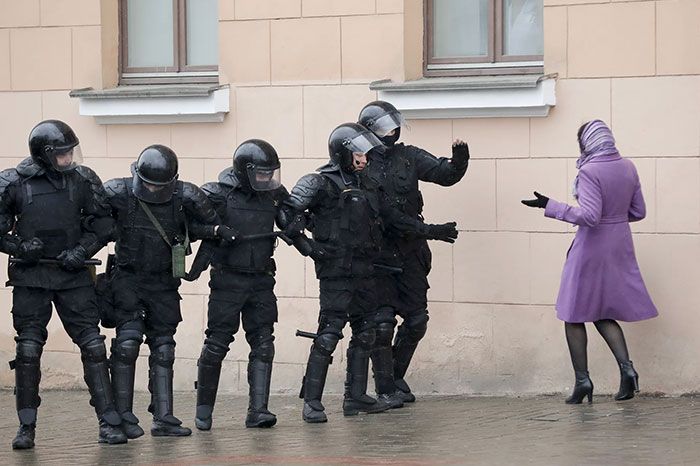 A Woman Argues With Belarus Police Officers Blocking A Street During An Opposition Rally In Minsk, Belarus As Hundreds Of People Were Arrested Over Protests Against Authoritarian President Alexander Lukashenko, 25 March 2017
Women have had hundreds upon hundreds of reasons to protest since the dawn of time, whether it was for voting rights, reproductive rights, or most recently, against sexual predators holding powerful positions. To celebrate the strength and bravery of all the women and girls who have taken to the streets, stood up for their beliefs, and stared down anyone who tried to get in their way, we've compiled the best photos of female protesters from around the world, and they're sure to speak to your renegade soul. They might even inspire you to get a sign in your own hands the next time you have a chance.
PrevNext
Your Comment
Signup
Log in