Home Gallery Couple Living 8,000 Miles Apart Keep Meeting Halfway For 3 Years To Take The Same Adorable Picture But Then He Decides To Change Things Up

Couple Living 8,000 Miles Apart Keep Meeting Halfway For 3 Years To Take The Same Adorable Picture But Then He Decides To Change Things Up 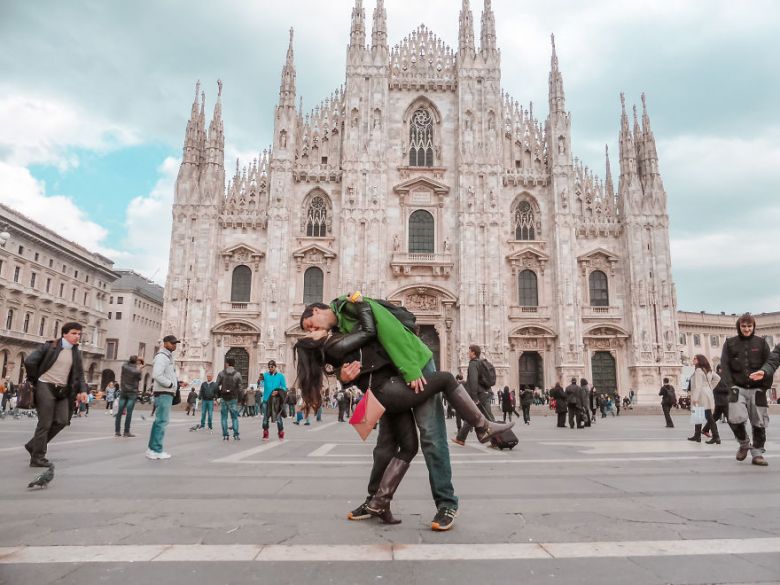 Milan, Italy
At first glance, you’d think these are just cutesy travel photos from any normal couple.Until you hear the story behind the photos—a love they fought for, against all odds.Rob and Joli first met each other while traveling. However, there was one huge problem—they lived more than 8,000 miles apart. Rob is from the USA and Joli is from the Philippines. After their fateful meeting, they became friends on Facebook for some time. Then, seeing that they were developing feelings for each other, they finally decided to meet again. Being that they lived far apart, they had to be creative. They both loved to travel, so they decided to “meet halfway” in different countries around the world. During their trips, they would be together at last. But then after a few days, they had to say goodbye again.As a souvenir from their travels, they would take at least one “dipkiss photo” in the places they visit. Years later, they have quite the collection and are finally sharing their project with the world to inspire more couples.“Until recently, we’ve only shared these with friends and family. But we figured our photos could maybe help inspire more couples, especially those in LDRs,” says Joli, “to all the LDR couples–always follow your heart, no matter the distance. Have faith, do your part and it’ll all work out in the end! “
Extra information: dipkisstravels.com