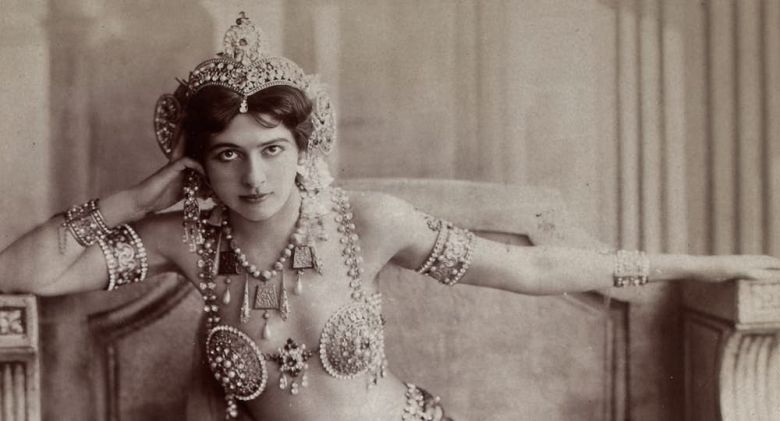 Born Margaretha Geertruida “Margreet” MacLeod, Mata Hari was a Dutch exotic dancer and courtesan who was convicted as a German spy in WWI and executed in France. After her mother died, she and her sisters were sent by their father to an orphanage, where she stayed till 18. She then answered a marriage ad by an aging soldier though the marriage was unhappy and she was often beaten.

She briefly abandoned the marriage only to return once the lover she had taken up abandoned her, but her beating continued. The last straw came when both her children (by her husband) fell ill because of syphilis and one of them, a son, died. Margreet and her husband divorced and the husband took custody of the daughter. This is when Mata Hari, an exotic dancer and courtesan, was born. She made the best of her circumstances and took great pleasure in performing “strip dances” which she ended with just a jeweled bra. Though she was hired by the French to spy on Germany, she was branded a German spy by her masters when she could not bring anything to the table. She was executed at 41 and it is said that she refused to be blindfolded and blew a kiss to her executioners, just as she was shot.

She was dangerous for her wits as she survived her life the best she could, and as unafraid of using her body as means to an end.