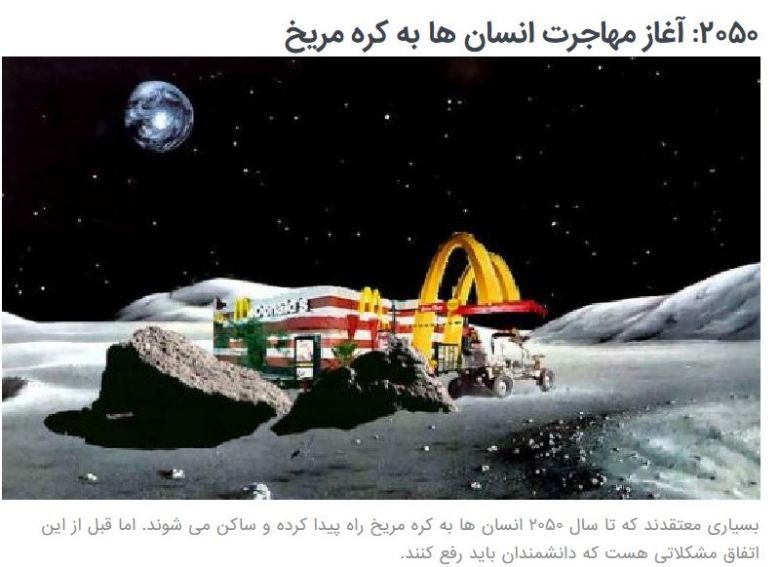 2050: The colonization of Mars will start.

It is believed that by the year 2050, there will be colonists on Mars. They might come to the Red Planet as part of the Mars One project, but scientists will have to solve many problems before that. However, there are people (for example, Steve Wozniak) who believe we won’t go to any other planets. We’ll see.