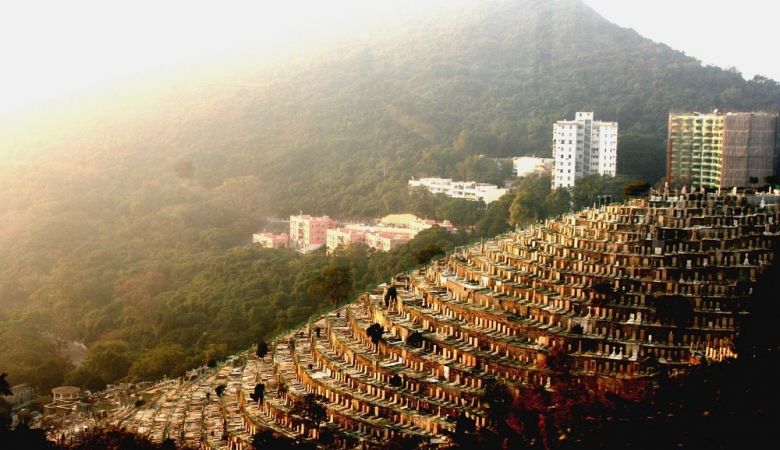 A cemetery in Hong Kong built on a terraced hill. Photo credit: Michael Chu/Flickr
According to the Population Reference Bureau, there are approximately 101 billion dead people on earth with 7 billion more to join them within the next century. With the dead far outnumbering the living, it’s no surprising that space at cemeteries has become premium.