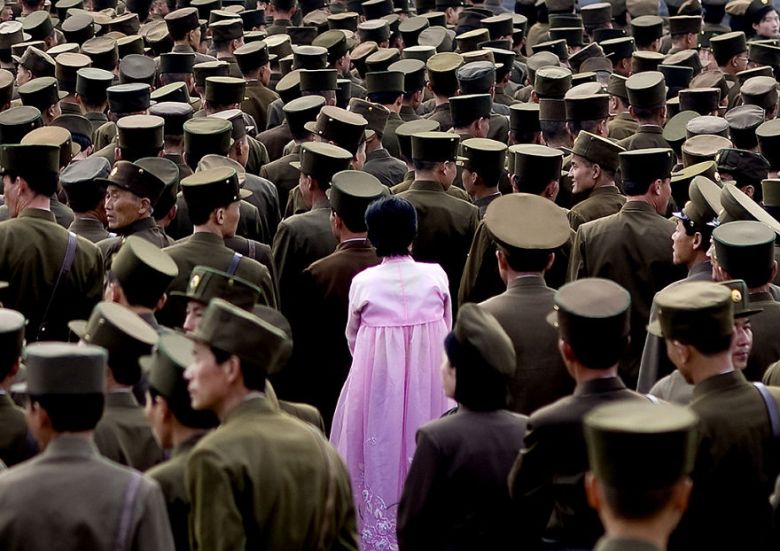 A Woman Standing In The Middle Of A Crowd Of Soldiers. This Picture Is Not Supposed To Be Taken As Officials Do Not Allow Army Pictures

Photographer Eric Lafforgue is one of the very lucky few that have had a chance to see what North Korea is really like. "Since 2008, I have ventured to North Korea six times," he said. "Thanks to digital memory cards, I was able to save photos that I was forbidden to take or was told to delete by the minders." More info: ericlafforgue.com | Instagram