Home Gallery 9 Science Facts That Will Ruin Your Day

9 Science Facts That Will Ruin Your Day 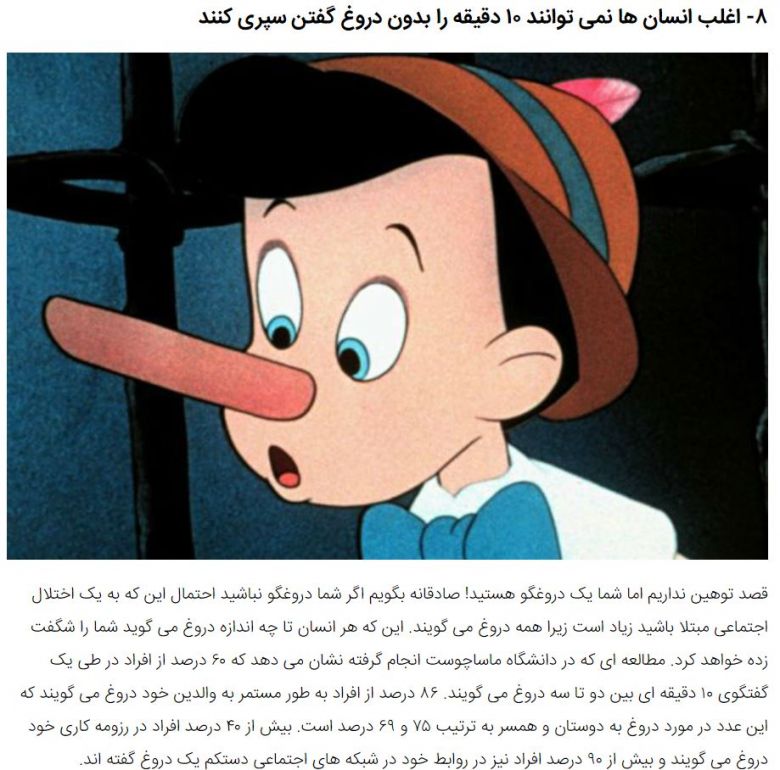 Frankly, if you weren't, then there's a high chance that you have some kind of social disorder, because everybody lies. Just how much, though, might surprise you. A study at the University of Massachusetts found that at least 60% of people told an average of two to three lies in a 10 minute conversation.