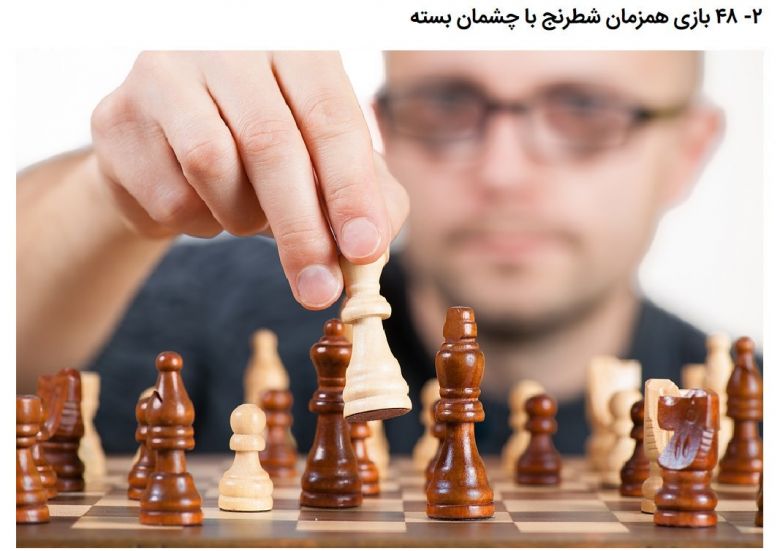 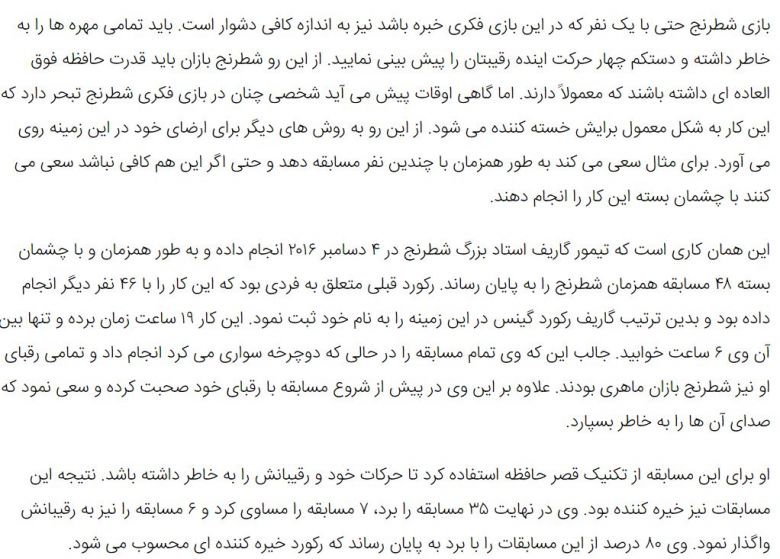 48 simultaneous blindfolded chess games
Playing one chess game is hard enough. You have to remember what all the different pieces do and think about four moves ahead of your opponent. There's a reason chess players are thought of as nerds because they have to have some really impressive brainpower.But what do you do when you're so good at chess that it starts to get boring? Maybe you play more than one game at once. And if even that isn't taxing enough? Throw on a blindfold.That's how on December 4, 2016, Grand Master Timur Gareyev ended up playing 48 simultaneous blindfolded chess games. The Guinness Book of World Records recognized his amazing feat shortly afterward, beating the previous record holder's 46 blind games. According to Chess.com, it took 19 hours and he did it on just six hours of sleep. He also did it while riding an exercise bike because why not? While some of his opponents were on the young side, they were all accomplished chess players. It's not like he was playing people off the street.To differentiate the games, he would chat with his opponents beforehand and try to remember their voices. He also used the memory palace technique to keep track of his boards. But playing a bunch of games that you can't see gets less impressive if you lose them all, right? His record was 35 wins, 7 draws, and 6 losses. Eighty percent ain't half bad.