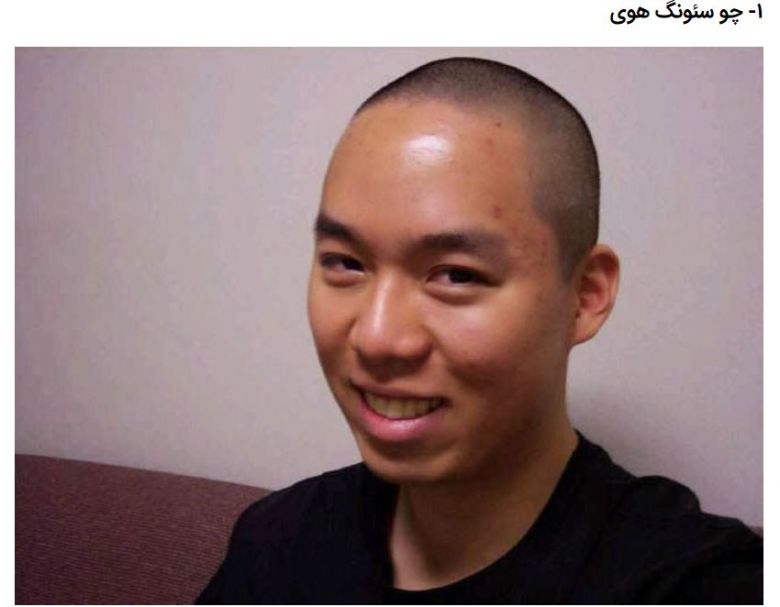 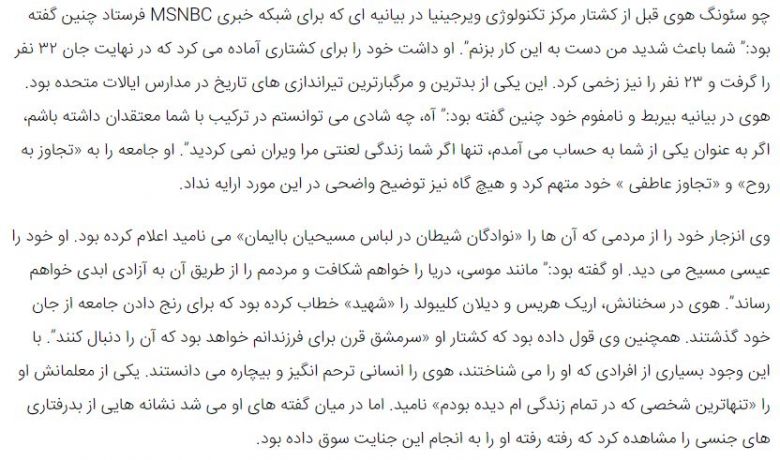 “You caused me to do this,” Cho Seung-Hui said in a manifesto he sent to MSNBC on the day of the Virginia Tech Massacre. He was getting ready for a slaughter that would kill 32 people and injure 23 more. It would be one of the worst school shootings in history.“Oh the happiness I could have had mingling among you hedonists, being counted as one of you,” Cho wrote in his rambling, borderline nonsensical manifesto, “if only you didn’t f— the living sh— out of me.”

He accused society of “raping my soul” and “committing emotional sodomy,” although he never quite explained what that meant. In part, though, he was furious at people he called “Descendants of Satan Disguised as Devout Christians.”He saw himself as the Messiah. “Like Moses, I spread the sea and lead my people [ . . . ] to eternal freedom,” he said. He called Eric Harris and Dylan Klebold “martyrs,” people who had sacrificed their lives to make society suffer, and chillingly promised that his massacre would “set the example of the century for my Children to follow.” For all his God complex, though, the people who knew Cho saw him as pitiful. A teacher called him the “loneliest person I have ever met in my life.” In the work he’d handed in, there might have been a clue into what made him this way. He’d written play after play, all about the same thing: young boys being abused by pedophiles.