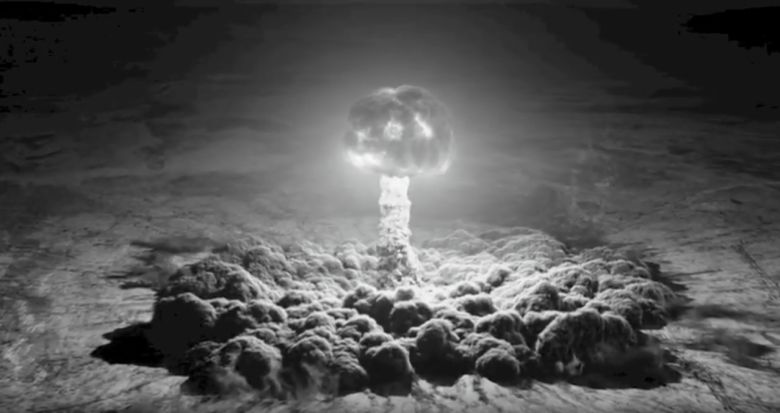 Airburst: A nuclear weapon detonated in the air to maximize destructive capabilities. Since the blast comes from above, it is less contained by buildings around it.

Atomic bomb: A bomb powered by nuclear fission, the splitting of atoms. Most atomic bombs are rated in kilotons—each of which is the equivalent of 1,000 tons of TNT.

Fallout: When a nuclear explosion occurs at ground level, the blast blows bits of dirt and debris into the air, where they become radioactive and are carried by the winds before falling back down to earth.

Ground burst: A nuclear weapon detonated on the ground. It causes less widespread destruction than an airburst, but releases fallout.

Hydrogen bomb: Also called a thermonuclear weapon, this type of bomb is much more powerful than an atomic bomb. It’s actually set off by an atomic bomb, and gets its power from the resulting nuclear fusion, the combining of atoms. Most hydrogen bombs are rated in megatons, the equivalent of 1,000 kilotons.

ICBM: A missile that can travel thousands of miles by exiting Earth’s atmosphere, hitting suborbital space, and reentering the atmosphere. Most commonly used in the delivery of nuclear weapons.

Prevailing winds: Air currents over a particular area that typically flow in the same direction.

Yield: The destructive power of a nuclear weapon.