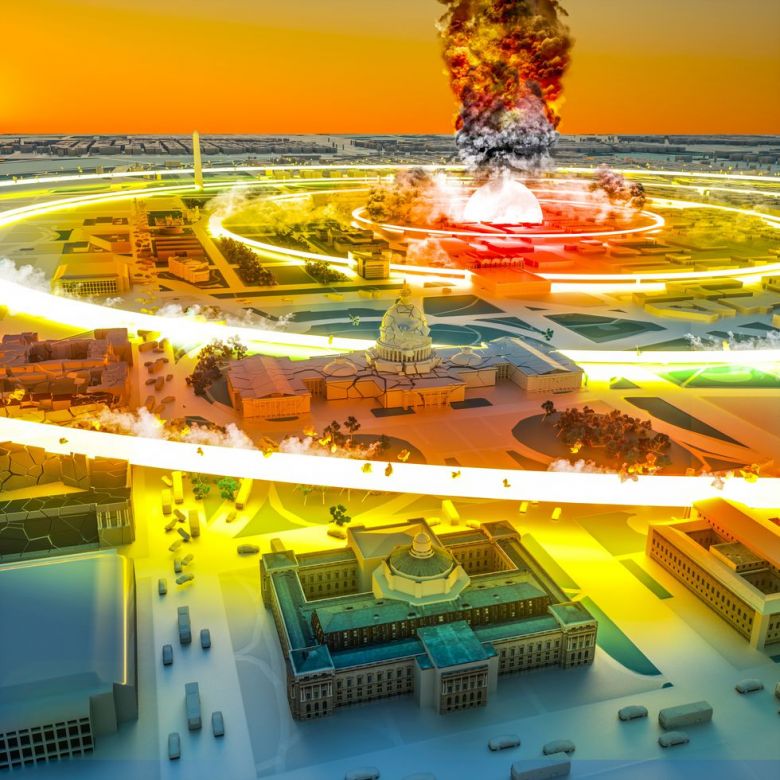 How the Attack Spreads

1. The initial shock wave lessens after the first ring, but will still demolish most residential buildings and cause widespread casualties.

2. The fireball created by a nuclear bomb can reach tens of millions of degrees.

3. The blast sends a shock wave that would destroy nearly everyone and everything within this first ring.

4. If the bomb is detonated in the air, as opposed to on the ground, 50% to 90% of people in this area will die from radiation exposure without medical treatment.

5. With a 10- kiloton bomb, everyone within the outermost ring in the image above would receive third-degree burns from thermal radiation.