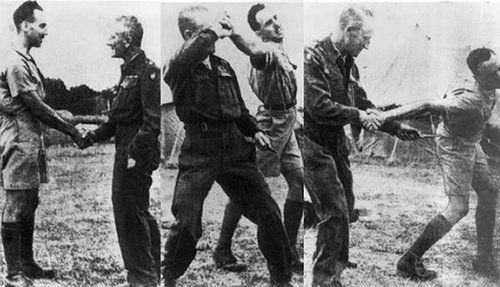 Camp X closed in April 1944. It had served its purpose, and the personnel were needed elsewhere. The instructors returned to Britain or the U.S., and the Canadian staff moved on to other jobs in Canada. It's impossible to know how many men were trained there — records were kept secret, destroyed or scattered across three different nations' bureaucracies — but estimates range from a few hundred to 2,000 or 3,000 . The camp's training regimen became so infamous and prestigious that far more men claimed to have trained there than actually did.However, the buildings still existed after the camp closed, and they found some use during the Cold War. Immediately after the end of the World War II, a cipher clerk named Igor Gouzenko defected from the Soviet Union to Canada, bringing with him information on Soviet secret agents. British and American intelligence officials interviewed him at Camp X, where he was safe from potential interference from Soviet agents.