People Who Actually Predicted the Future 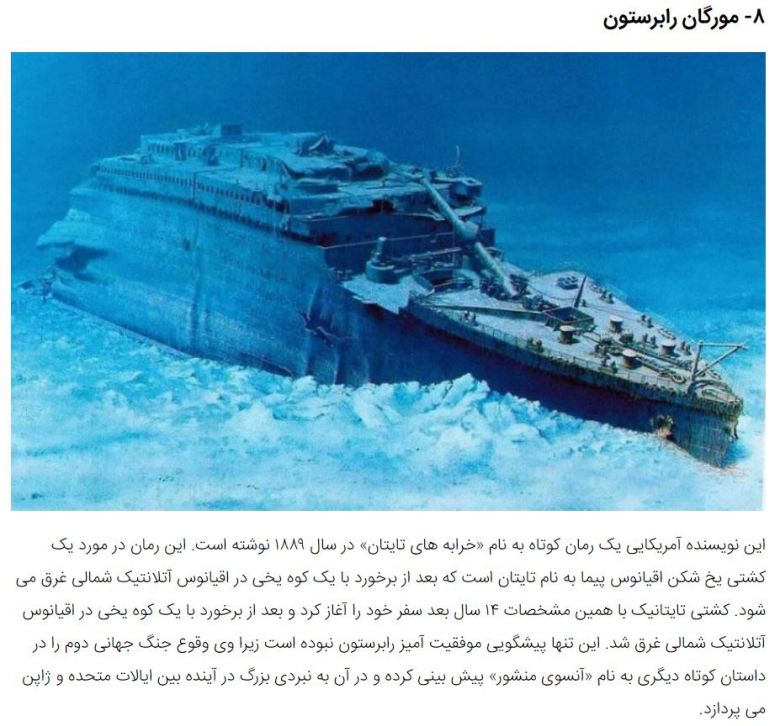 This American author wrote a novella called The Wreck of the Titan in 1889. The story is about an ocean liner called the Titan, which sinks in the North Atlantic after hitting an iceberg. Does this sound familiar?The Titanic set sail 14 years later, and sunk in the Atlantic ocean after striking an iceberg.That's not the only successful prediction Robertson has made. He also predicted World War II in his short story called Beyond the Spectrum, where he describes a future war between the US and Japan.